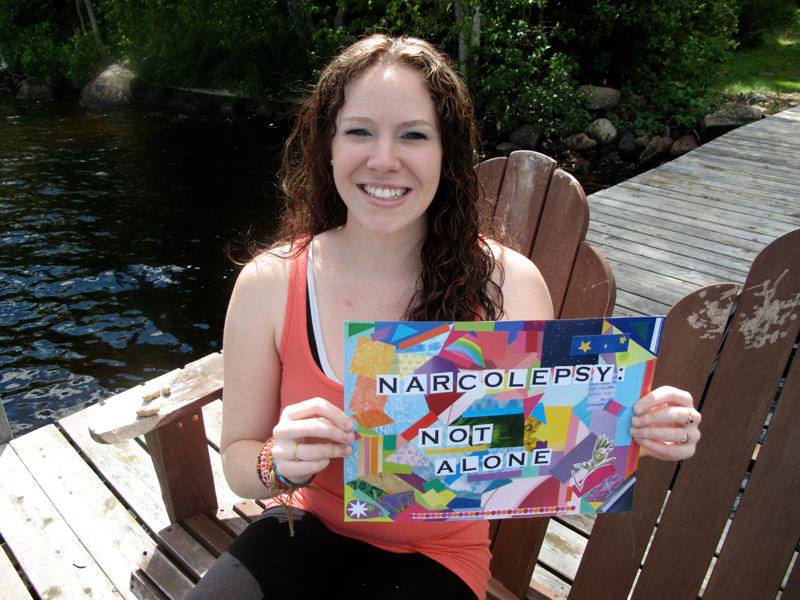 Breana displays her "Narcolepsy: Not Alone" campaign sign, an awareness campaign founded by Julie Flygare, fellow PWN and author of "Wide Awake and Dreaming: A Memoir of Narcolepsy." More than 1,000 PWN’s and their supporters have taken part in the campaign, sending in pictures from all 50 U.S. states and 37 countries around the world. | BREANA ROY

“You are what we call a ‘textbook’ case, meaning you have all the symptoms, making your diagnosis easy.” Narcolepsy. All I really knew about it was what I had seen in the media: people falling asleep mid-sentence and collapsing. I’d never actually met anyone with narcolepsy and I’d never even heard of cataplexy. Yet apparently I had been living with both for a few years, and it was nothing similar to what is portrayed in the media.

Looking back now, I realize symptoms had been building up, but the symptoms spiked during college, becoming unbearable. Like a dam about to break free and flood the entire area, my body was maxed out. I constantly felt like a zombie; awake but useless. It felt as if I hadn’t slept in months and no amount of naps during the day could cure my exhaustion. I could sleep for 24 hours and still yearn to crawl back into bed the moment I got up.

Everyday tasks like showering, cooking, doing dishes and laundry became hard work. My life was falling apart, but I had no idea why I constantly felt this way. My grades soon began to suffer and so did my social life, but those things were minor compared to the self-guilt and inner turmoil that began to boil. I felt lazy and continually blamed myself for my lack of motivation and became depressed. After silently suffering and trying to “fix” myself independently, I did what I should have done from the start: I confessed my problems to my mother. And with the help of my family, we began to slowly piece my life back together.

Though I’m thankful I didn’t have to endure numerous exhausting sleep studies, being poked, prodded and studied like a lab rat like most PWN’s (persons with narcolepsy), the news of my diagnosis brought mixed emotions and numerous questions. Is there a cure? Can I still drive? Will it ever go away? To put it simply: no, yes, and, unfortunately no. I’ll have to learn to accept it, and live with it.

Narcolepsy is a neurological sleep disorder affecting roughly one in 2,000 people in the United States, involving irregular patterns during REM sleep (rapid eye movement) and causing significant disruptions of the normal sleep/wake cycle. A PWN will feel as if they have gone 48-72 hours without sleep, making every day not just tiring, but downright exhausting.

Narcolepsy affects a particular group of nerve cells in the brain called the hypocretin neurons, which controls the brain’s sleep-wake cycle. It is an auto-immune disease, meaning that for reasons unknown, the neurons are attacked by the body’s own immune system, rendering one incapable of controlling when one should be awake and when one should be asleep; something no amount of coffee can control.

Cataplexy is a symptom specifically unique to narcolepsy, but not all narcoleptics have cataplexy. Cataplexy is a symptom in which a person has no reflex or voluntary muscle control while experiencing any strong emotion, such as laughter, joy, surprise, and/or anger. This can momentarily cause the knees to buckle, jaw to go slack, or head to fall back for a few moments while still remaining conscious. The severity of cataplexy differs for those affected. Thankfully, my experiences have been fairly mild so far.

Symptoms of narcolepsy include EDS (excessive daytime sleepiness), sleep attacks, cataplexy, sleep paralysis, hypnogogic hallucinations and disrupted nighttime sleep. There is no known cure for narcolepsy; therefore any medications taken are to help lessen the severity of the symptoms. Narcolepsy is also an invisible illness, meaning “but you don’t look sick” is commonly heard, making it difficult to discuss or explain.

For the first few months, it was simply a guessing game. Different doctors recommended different medications and the options were almost overwhelming. It takes time to find the proper medication combination that will work best for each individual and their lifestyle. While each case differs, it took me roughly three months to find my right medication; a daily pill, which settled me into a good, healthy routine that brought me back from the “walking dead.” I’ve become more conscious about maintaining healthy eating habits and regularly working out to maximize my energy. It’s also imperative that I keep a strict sleep schedule, getting at least eight hours of sleep every night.

I still don’t know what caused the onset of my narcolepsy, but thanks to my diagnosis, my life has been able to fall back into place. I am able to function normally again, though some days are easier than others.

At first, I was hesitant to tell people about my diagnosis. I wasn’t sure how people would accept the “new” me and I didn’t want their pity, but hiding my narcolepsy means hiding a part of who I am.

And while I am not defined by my narcolepsy, it’s shaped me into the person I am today. Having narcolepsy has taught me amazing time management skills and how to prioritize what’s most important each day. It is a constant battle, making me strong-willed and a bit stubborn. Thanks to narcolepsy, I know I am quite capable of handling change, and I’m still able to follow my dreams. I’ll just need an occasional 20-minute nap from time to time.

Narcolepsy is a serious auto-immune disease. For more info on narcolepsy, visit www.narcolepsynetwork.org. 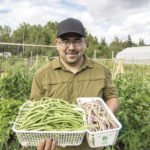 Breana Johnson holds a degree in English Literature from the University of River Falls in Wisconsin and she covers the North Shore's creative side with the monthly Art Spotlight section. When she's not writing, she can be found teaching dance to all ages at the local YMCA.