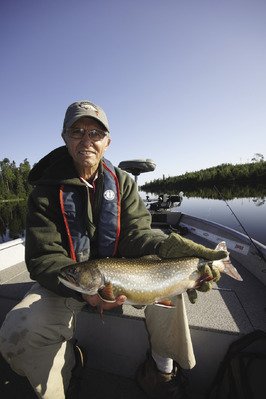 The last lingering days of summer are bitter sweet for the angler in Northwestern Ontario. Shorter days and cooler nights means summer is winding down. The carefree afternoons casting in shorts and t-shirts become an increasingly rare commodity. But late summer is also a really great time to get on the water as the launches are clear and the Sea Doos get put away for the season. Best of all, the bite for just about everything is seriously on.

For the angler, late summer provides one of the most consistent periods of the year to target walleye. Old marble eyes is usually hunkered down on summer structure as July rolls into August, and that means locating some mid- lake structure and working it. If big walleye are your goal, this is prime time. As big walleye destinations go, you could do worse than Rainy Lake. The whole system is literally booming with fish from 25 to 30 inches. And not just a few of them. So many over-sized walleye are caught in Rainy that a food-sized fish is a major cause for celebration. They will hit just about everything too; from metal jigging spoons to a jig and leech. When getting more eater-sized walleye is your preference, I’d head to Lac des Mille Lac, located northwest of Thunder Bay. This sprawling, stained water lake is jam-packed with walleye, and the average fish is about 16 inches. There are bigger ones, for sure, but you will catch a lot of shore-lunch-sized guys between the trophies. These fish are structure oriented, and just about any reef that tops off at about 6 feet will hold walleye. A live bait rig and crawler, or jig and leech, are both consistent producers on Lac.

For those who like to chase muskellunge, late summer provides a great opportunity to catch these monster fish in extra skinny water. Muskie will hunker down in the weeds, waiting to explode on a big topwater lure, spinner bait or bucktail. There are many good muskie lakes to choose from in the Northwest, but for big fish and numbers, Lake of the Woods cannot be beat. Best of all, you can catch them nearly anywhere in the Woods, including around the well-travelled waters of Kenora and Keewatin. Coming a close second would be Wabigoon Lake, at Dryden. Huge, shallow and murky, Wabigoon kicks out gigantic muskie every summer, with lots of fish in the 40 to 48 inch range, and some beasts way bigger than that. These Wabigoon fish can be found in three feet of water or less. It’s heart-attack city when they blow up on a buzz bait.

For the smallmouth bass angler, the choices are also varied. So many lakes have great bass fishing these days it is almost easier to name the ones that don’t. Near Thunder Bay, Shebandowan Lake has to top the list. Although it is a well-used cottage lake, Shebs seems to be getting better each year, with more and bigger bass. The lake is split into lower, middle and upper, and all three sections are quite different. All hold great bass. Throw a tube or a top water out there and hang on. Another Northwestern Ontario sleeper for bass is Whitefish Lake, near Nolalu. Traditionally known for its walleye and perch, Whitefish is rapidly becoming a bass hotspot. A recent bass tournament on the lake ended up with record weights as 4-and 5-pound bass were caught.

Man cannot live by spiny, toothy fish alone, so that brings us to trout and salmon. For Chinook salmon fishing in August, probably the most consistent action is enjoyed near Wawa, at the mouth of the Michipicoten River on Lake Superior. They still catch 20-pound-plus salmon here with some regularity. The waters off the town of Marathon also account for some nice salmon, especially near the mouth of the Pic River. The lower Nipigon River and Nipigon Bay are both prime for salmon in late summer, with a good run of fish in the area by August. Thunder Bay also has a fine salmon fishery, with trollers catching these fish at the Welcome Islands and just south of the break wall.

Finally, for brook trout and lakers, Lake Superior has coasters and redfin lakers in relatively shallow water in late summer. The coasters will be shallower than the lake trout, on average, but in cool years like this one, I’ve caught them side by side. Cast spoons or bucktail jigs at river mouths, rocky shorelines and points along the coast to tangle with these lovely native fish. There is nothing prettier than a coaster in its bright August coat!

Get Stoked for Snow 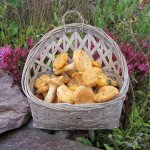