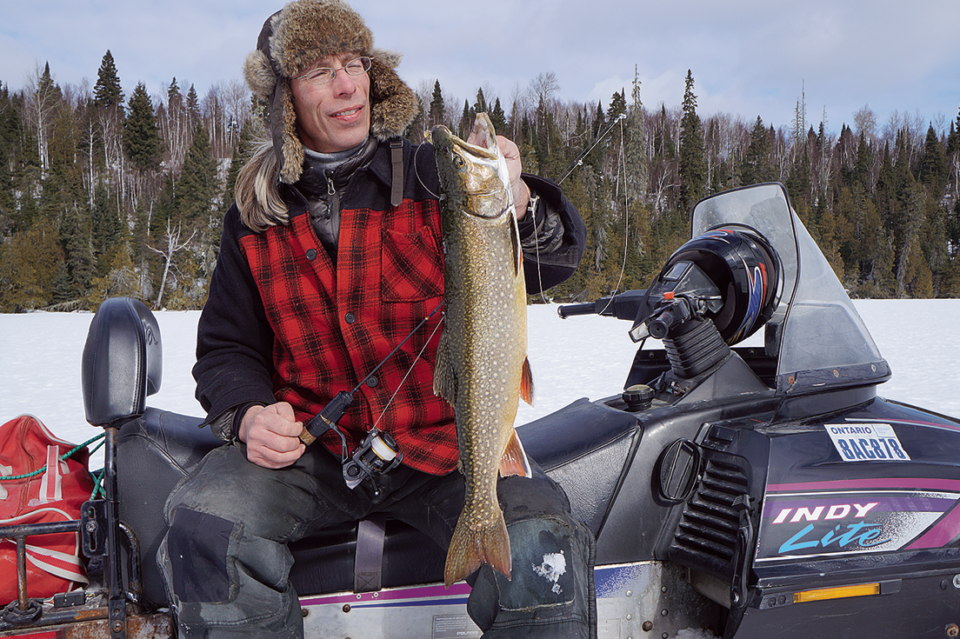 For some of us, the end of winter is often greeted with a sigh of relief. As an angler, it is tempting to just pray for open water and wait out the disappearance of ice. However, late winter can provide some of the best ice fishing of the year, with longer days and warmer sun. Here is a guide to some of the best fishing opportunities available before the ice recedes.

Walleye: As spring approaches, walleye start to move towards spawning areas. This means fish scattered throughout a lake during the winter, start to stage in bays and at river-mouths. Late winter walleye are generally hungry, and especially enjoy a larger chub or sucker minnow in the 3 to 4-inch range. Use a tip up or ice fishing rod on a balance to fish a large minnow. Use a single #4 treble hook below the dorsal fin, with enough weight to keep the bait from swimming too far. When a walleye takes the bait, let it run before setting the hook. That ensures the fish has the bait in its mouth. Jigging a medium minnow on a quarter ounce glow, orange or chartreuse jig is another great option. Always check local fishing regulations before ice fishing late winter walleye. Some lakes have sanctuary areas located near river-mouths and bays.

Whitefish: One of the fish that is especially active at late ice is the whitefish. These fish are quite common in northwestern Ontario and are delicious on the table. On Lake Superior, and in large inland lakes, whitefish are found in a wide variety of habitat, from shallow bays to deep water. Most of the catchable whitefish are in the 20 to 40-foot depths in the back end of bays over sand, rubble and weeds. Whitefish like shiny objects, so jigging spoons such as the Williams Whitefish, Hopkins Smoothie, Swedish Pimple and Jigging Rapala all work. Silver is the colour and lighter spoons of one quarter to half ounce are the best bet. White, 3-inch tube jigs will also catch whitefish, especially if a small stinger hook is added. Whitefish will often swim around and dart at spoons and tubes before finally hitting. Sight fishing whitefish in clear water can make for an exciting experience.

Northern Pike: Like walleye, pike spawn in the spring and they will also stage in bays and river-mouths in anticipation of open water. Good late winter pike fishing depths generally range between 10 and 20 feet. Northern pike are nearly always hungry, but the larger specimens are much more liable to take a large bait. Pike are sight feeders, but also have a keen sense of smell. An oily dead-bait such as a herring or Portuguese sardine will release a lot of scent and attract the big girls. Tip-ups are a great presentation for pike as you can set them like a trap. Rig the bait with a quick strike rig which is two small treble hooks attached to a wire leader. This allows you to set the hook as soon as the pike takes the bait and avoids deeply hooked fish. Set the bait about 3 to 6 inches off the bottom. Live sucker minnows can also work, but trim the tail and use a heavy weight to keep them from swimming too aggressively. Big pike are lazy and don’t want to chase an over-active bait. You can jig for pike with spoons and jigs, but always use a steel leader and medium to heavy gear.

Brook Trout: Northwestern Ontario has dozens of stocked trout lakes. Some of these lakes are close to roads, others more remote. In late winter, the longer day and milder temperatures make it much more pleasant to go on a winter brookie adventure. Brook trout perk up as the days get longer and will be more active than they are in the deep freeze of January. Focus your attentions in shallow water of less than 10 feet. Brook trout gravitate to any stream or springs, but can be found in shallow back bays, off points and around beaver houses. Brook trout will hit a wide variety of presentations including colourful bucktail jigs, spoons such as the Little Cleo and Jigging Rapalas. You can also set a minnow or worm or both on a set line. There are times brook trout will show a definite preference for live bait, but it’s impressive how many times I’ve had brookies smack spoons or jigs and leave bait untouched. Sight fishing brook trout can be a super fun way to spend some time on the ice. Just throw a jacket over your head and look down the hole. Nothing makes the heart leap like seeing a four-pound brookie coming in for a look at your jig.

Splake: Splake are a hatchery created cross between lake trout and brook trout. These fish are stocked in many lakes in the northwest and can grow to quite a large size. Splake are fun to catch and among the very best of fish to eat. Like brookies, splake get quite active in late winter and strap the feed bag on. Many splake feed on smelt or perch. Both of those food fish are spring spawners, and the splake follow them to the creek mouths and bays where they stage. Splake are generally found in deeper water than brook trout from 15 to 30 feet. They love to hit a jigged lure with spoons, Jigging Rapala, tubes, bucktail jigs and lipless cranks all being splake producers. A set-line with a live minnow on a quarter-ounce jig is always worth a try. Splake are a schooling fish, so if you find one, there are generally more,

Catch and Release: One final note. The larger walleye and pike that are caught in the spring are egg wagons. These large, prime spawners should be released. Keep the smaller males, as they are better eating.

Always be safe and careful in late winter and carry ice spikes in case—God forbid—you go through. A floater snowmobile suit is a great idea. Enjoy the late ice bite. It’s a great time to be outside. 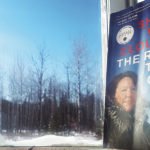 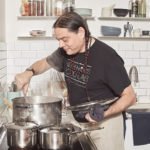 Lessons from The Sioux Chef