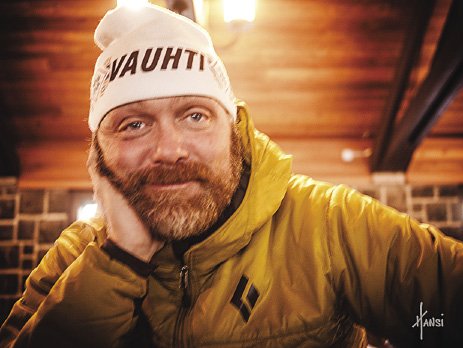 Good things are happening in outdoor recreation in Duluth and Johnson has been in the forefront. | HANSI JOHNSON

Duluth—In 2014, Outside Magazine crowned Duluth as the Best Place to Live in the United States. That summer, Hansi Johnson started a newly created job called the Director of Recreational Lands for the Minnesota Land Trust. The City of Duluth hired Johnson in that role to help the city assess and promote the use of public lands in the city. This summer will mark his third year. He recently learned the city has contracted to continue his position until June 2018.

Johnson lives in Thomson, just west of Duluth, with his wife Margaret and son, Tae. His interest in the use of public land is both personal and professional. Before he was hired, a controversial sale of land on Park Point spurred the City of Duluth to perform an inventory and assessment of what public lands (county tax forfeit lands, parks, trails, etc.) fell within the city boundaries. When Johnson was hired, the city wanted to know how to promote and maintain these parcels. Johnson engaged with the user groups of these lands.

Johnson asked local advocates, “If you could do whatever you wanted, and you had the ability to have city support and create a true destination-class experience, what would it be?” He said, “Instead of a top down, ‘Here’s what you’re going to do’ it was more, hey, we have this opportunity, you know what the best experience here would be because you’re the user.”

“It’s really hard to engage somebody without a good carrot,” said Johnson. This is why the St. Louis River Corridor Project, approved by the City Council of Duluth in 2015, was vital. “For me to walk in with the support of the city behind it [St. Louis River Corridor Project] and the possibility of an $18 million initiative, was a great position to be in to motivate people.”

The Cyclists of Gitchee Gumee Shores (COGGS) and the Duluth Cross-Country Ski Club (DXC) are examples of user groups that are advocates for projects near the St. Louis River. This major outdoor infrastructure project helped spur the creation of two new user groups: the Northland Paddlers Alliance and the Duluth Climbers Coalition.

Johnson believes strongly in advocacy. He spent 12 years in sales and marketing for companies like Wenonah Canoe and Patagonia.

“When I got out of sales, I thought, sales to me was selling a thing. Fulfill your life. Buy this thing. What I really wanted to do was sell ‘it.’ The lifestyle, the actual going outside part,” said Johnson.

This led him to a job at IMBA (International Mountain Biking Association) as regional director for the Midwest. He advocated for a single user group, but in a 5-state region, for almost six years. According to Johnson, Mayor Don Ness, who helped envision the Director of Recreational Lands position, asked him, “Why are you investing time in all those other places? Why don’t you just invest it here?”

“Advocacy matters,” Johnson said, “And if there isn’t an advocacy group stumping for those activities, then they’re lost. That’s one of the things that I really wanted to get involved with when this job came around. Now, instead of just pushing for one group, I had the ability to push for all the groups. And specifically in my own hometown.”

“It’s not about tourism in my mind,” he said. “We welcome those people. It’s good to have visitors, right? But what’s really good is the people that live here already and the quality of life they experience. And people who come here to visit and stay. We have large amounts of standing housing stock. We want to fill those neighborhoods. We want to increase our tax base. We want to make the city vibrant again. That to me is the real game in town. Anecdotally, I know a family of doctors that moved here and they wanted to pick Madison or Duluth. They picked Duluth because of our outdoor infrastructure.”

He said early steps are being taken to build a baseline of data for trail use and the economic impact of outdoor projects.

Trails are being built. The 100-mile Duluth Traverse mountain bike project is almost complete. The Grand Avenue Nordic Center project near Spirit Mountain is planning to break ground in 2017. Climbing venues and kayak parks are growing. Could someone parachute into Duluth and figure out what to do and where to go?

“No,” Johnson said. “I feel like we’re still at the very beginning. It’s hard because these things happen in parallels. As we’re creating the infrastructure, the buzz is also occurring. And the people are also coming. You see it at the trailheads. They’re already here. I think marketing is also wayfinding, because I think they’re the same. When you’re on the trail, if you have good maps and signage you can navigate a trail system well. To me that’s good marketing. I think we’re literally just putting our toe in the water. The city has made some overtures towards doing it.”

What are his immediate priorities? His top priority is helping the city advocate for accessibility for everybody. The YMCA and Northland Foundation helped facilitate a grant that created the Outdoor Collaborative. This new group is designed to work with youth services groups and local recreational user groups (like DXC).

Johnson said, “Making sure that some mechanism for wheeling this out for everybody regardless of income or gender or race. That’s a personal and professional goal. We would like to be a national level example for this.”

He also mentioned getting National Water Trail designation along the St. Louis River, the Grand Avenue Nordic Center, completing the Duluth Traverse, and the Quarry Park climbing venue as priorities. “We’re not across the finish line,” he said.

“There’s this myth of the outdoor town. You can come up with 10 outdoor towns. Burlington. Bend. Anchorage. Asheville. They’ve slapped this designation on folks but with no real criteria. It’s a popularity contest,” said Johnson. “Where we were going with the early work with Duluth was saying, ‘No. Let’s put some meat on the bones.’ What does it actually mean to be an outdoor town? In the conversations with the mayor, both the past mayor and the current one, that comes up all the time. How do we compare to our peers? How do we truly promote ourselves in a way that says, ‘This is real.’ We’re investing in it. This is something that’s actually happening versus just marketing.” 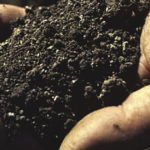 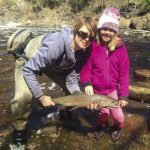 Minnesota Women on the Fly