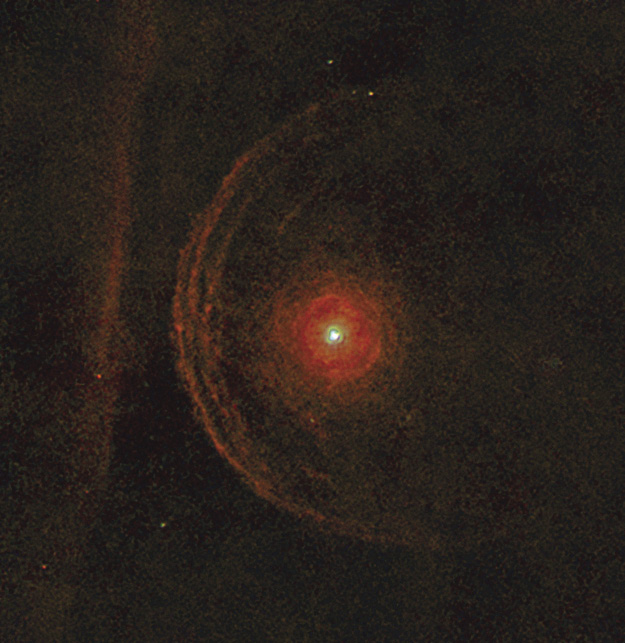 If we could see infrared light, Betelgeuse would be the brightest star in the sky. | ESA/HERSCHEL/PACS/L

North Shore—Since you’re reading Northern Wilds, there’s a good chance that you have regular access to a dark night sky. Even if you live in a city, a short drive or weekend trip might bring you to the shore of a wilderness lake or a remote vista overlooking vast forests.

On a recent visit to a sparsely populated stretch of the Lake Superior shoreline, my family and I stood in awe as the Milky Way flowed down to meet its own reflection on the water. Satellites slid between the static stars before escaping beyond the glint of sunlight. A meteor flamed across them all.

Winter is a fantastic time for stargazing. Not only are there plenty of hours of darkness, but the cold, dry air makes for clearer skies. And my favorite constellation—Orion—twinkles above our (hopefully) snowy woods from November to February.

Even though he’s often described as a hunter, we see Orion in the humble position of lying on his side. Maybe he’s resting up for an early morning of deer hunting. Traditionally, of course, his quarry was more mythical—chasing the beautiful seven sisters of Pleiades, doing battle with Taurus the Bull, fighting a scorpion sent to tame his ego, or hunting the constellation Lepus the Hare. Some in the Ojibway culture call this constellation Kabibona’kan, the Winter Maker, as its presence in the night sky heralds winter.

While the stories associated with the constellations are fun to think about, the science behind them is also fascinating. Betelgeuse is a reddish-colored star that marks Orion’s right shoulder. The red color is not an optical illusion, and it is not due to rusty iron, as is the color on Mars. Betelgeuse is a type of star called a red supergiant. Only 13 percent of Betelgeuse’s light is visible to our eyes, because it gives off most of its light in the near-infrared wavelength, which we cannot see.

If we could see infrared light, Betelgeuse would be the brightest star in the sky. Instead, we build surrogate “eyes”—instruments that can “see” these wavelengths. With the help of these instruments, astrophysicists have observed hotspots and other features on the surface of Betelgeuse. One astronomer characterized Betelgeuse as “an enormous seething restless cauldron of belching plasma.”

Something that violent can hardly last very long. Indeed, Betelgeuse has already used up its supply of hydrogen for nuclear fusion. This means heavier elements are fusing together, and the star’s core is compressed into a hot, dense ball, while other outer layers have expanded into the huge red mass we see. This expansion means that its energy is spread across a large area, and its surface temperatures are only about half as hot as our sun. Stars like this are rare—we only know of 200 in our Galaxy—because they do not live very long.

Even at only 8.5 million years old, Betelgeuse is thought to be near the end of its life. (Our sun is 4.56 billion years old.) Betelgeuse likely will explode into a supernova within the next 100,000 years. When it does, it will be visible even in the day, brighter than the moon, and would outshine the entire Milky Way Galaxy. If humans are still on Earth when it blows, they won’t need the dark skies of our Northern Wilds to enjoy that show. 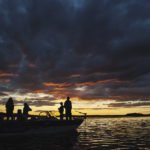 Night Photography Tips from the Experts 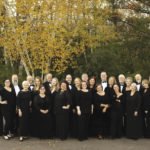