Strong northwest winds fanned the flames and allowed the fire to rage through three old, mostly wooden buildings. The lucky part was that firefighters were able to contain the fire to those structures and thus protect the remainder of the downtown.

Silence said the Grand Marais Fire Dept. was paged at 12:23 p.m. for a fire that originated at the Crooked Spoon Restaurant. Firefighters were on the scene in 10 minutes to find fire engulfed the rear of the restaurant and the adjacent businesses, White Pine North and Picnic and Pine were burning, too. As fire fighters were setting up their hose lines, Silence noticed the cedar shakes and façade on the nearby Set Out T-shirt shop were starting to burn. He quickly had members of his crew extinguish those flames and wet down the building to keep it safe.

Pushed by the wind, it didn’t take long for the blaze to fully engulf all three buildings. Silence was concerned it might spread to other structures. Sven and Ole’s Pizza was separated from White Pine North by an alley. He said the pizza parlor had a metal roof, which prevented it from being ignited by burning debris. Fortunately, the wind-blown debris didn’t ignite any of the structures across Wisconsin Street, although there was a spot fire in the grass at Bear Tree Park.

The fire was so furious firefighters were unable to enter the buildings.

“Once the fire got into the eaves and the voids in the attic space, there was nothing we could do,” Silence said.

While firefighters struggled to contain the fire, sheriff’s deputies struggled to contain the onlookers. Even though they had established a perimeter a safe distance from the fire, onlookers were standing shoulder to shoulder, ignoring social distancing, and sneaking around barricades to get closer to the scene. At one point, Silence looked up to see a woman and her children, who had walked along the lakeshore by the Lake Superior Trading Post, crossed over fire hose lines and approached the scene via the vacant lot beside the Bluewater Café. He had to summon a deputy to chase them off the scene.

While there were three propane tanks in the vicinity, they did not ignite, contrary to rumor. The popping noise onlookers heard was from a vehicle fire behind the buildings as the airbags and tires exploded.

Within a couple of hours, the fire reduced the buildings to rubble. Firefighters were unable to extinguish all of the hotspots. Silence called in a county excavator to move the rubble so firefighters could carry on with the mop up operation. He said the state fire marshal was already on scene and they kept the excavator away from the fire’s point of origin.

“I never thought I’d call in an excavator to raze half a city block,” Silence said.

Firefighters worked through the night to complete the mop up. In addition to the Grand Marais Fire Dept., mutual aid was provided by volunteer departments from Lutsen, Colvill and Maple Hill. Also on the scene were the Cook County STOP team, members of Cook County Search and Rescue, Cook County Sheriff’s Dept., the Border Patrol, Minnesota DNR Enforcement and the North Shore Health Ambulance. Silence was especially grateful to Mike’s Holiday for providing snacks and drinks and the Cook County Chaplain’s Association for providing Subway sandwiches to the firefighters.

He was most thankful there were no injuries and the devastating fire was contained.

“I’m super thankful the buildings weren’t occupied,” he said, “because they went so quickly.”

How can you help?

A GoFundMe account has been set up for all three businesses destroyed by fire yesterday, Picnic & Pine, The Crooked Spoon Cafe and White Pine North. If you are able to donate, and feel called to do so, please support these small businesses and their families by donating today. Your donation will be split equally between the three businesses: gofundme.com/f/grand-marais-fire-relief-fund

If online giving isn’t your thing, there are now relief accounts for each of the fire damaged businesses at the Grand Marais State Bank. If you would like to contribute to their fire recovery offline, you can contribute by writing a check to “Fire Relief Fund” and the bank will split your donation equally to each of the accounts. Or if you would like to send money directly to one business use the below titles:

There is also a GoFundMe for The Crooked Spoon by itself, organized by a family member: gofundme.com/f/crooked-spoon-fire 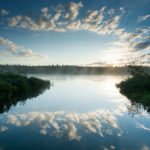 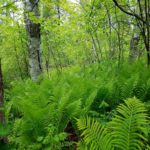