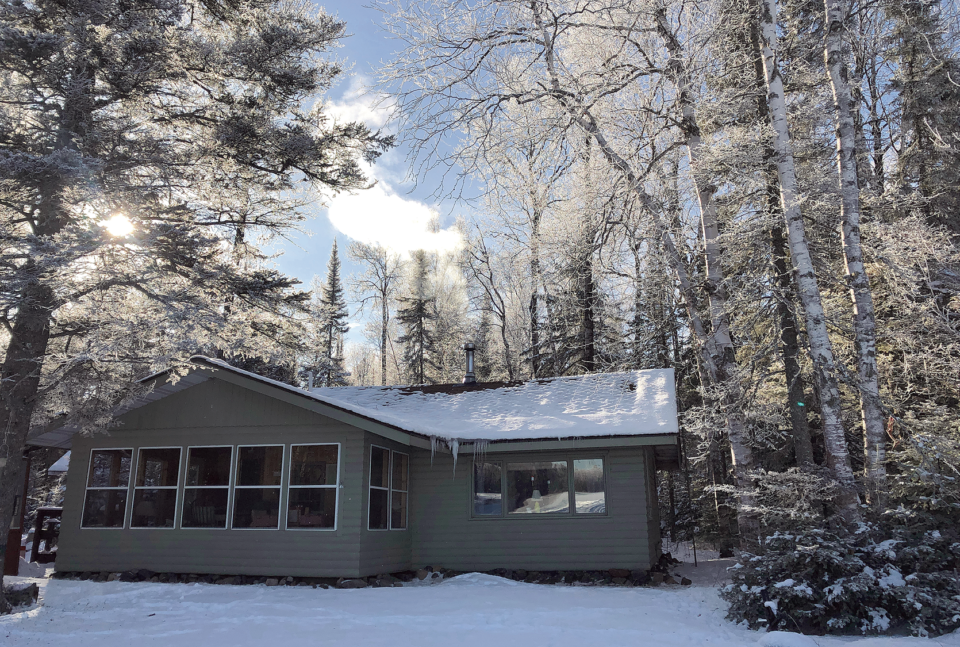 Mary Jo and I will do our best to see that cabin time has no clock. | MICHAEL FURTMAN

It had been a busy day.

There was the morning’s cabin closing, with plenty of opportunity to practice our signatures on the numerous purchase documents. There was the loading of the truck and utility trailer with all the items we wanted to take to the cabin. Then there was the unloading and carting in of those same items, as well as cleaning up after the previous owner.

But evening came. A Scotch poured and a martini mixed, we moved to a window. Outside, an expanse of amber wild rice spread across the lake to the nearby islands, waving in the breeze. The lowering sun lit the white and Norway pines on the largest island, basting them with warmth, turning their cool green to olive, the needle strewn ground beneath a rustic red. And if that weren’t lovely enough, an azure sky and lake (where water could be seen through the rice) framed the scene.

“Here’s to the first night at our cabin,” she offered.

“To our first night,” I responded.

I know when it all began.

It was 1986. Mary Jo and I were living in a two-room cabin in the Boundary Waters wilderness near Lower Basswood Falls. The cabin, built of logs by the Civilian Conservation Corps during the Great Depression, had served as a base for U.S. Forest Service crews ever since. A simple two room design, it consisted of a kitchen/dining area with a wood cookstove and table, and a larger bunk room with an old pot-bellied woodstove and a few rickety bunks. Primitive as it sounds, it was luxurious in comparison to tenting for the summer. For that’s how long we would be there: three months patrolling an area from Upper Basswood Falls to Curtain Falls as volunteer wilderness rangers.

When, at last, we had to leave, we agreed that someday, if we were lucky, we’d have such a cabin of our own.

Ah, but life gets busy. Years went by. Still, the dream lingered. A pile of boxes grew in the basement containing utensils, plates, blankets, towels and tools that were no longer needed or used at home, but would be “great for the cabin.”

In the meantime, we paddled nearly every route in the Boundary Waters and Quetico. Fished Montana and Wyoming. On those trips we wondered aloud about how a cabin might tie us down, how, having invested in one, we’d feel obligated to use it to the maximum, rather than do these other wonderful things. And so the years ticked by.

The years brought other things. Decades of rough wilderness travel yielded a spinal fusion for one of us, a hip replacement for the other. Years also brought a sense of urgency—with more of them behind us than before us, maybe it was time that the cabin dream became a cabin reality.

Were our expectations unrealistic? They were pretty straightforward. First, it had to be something a teacher and writer couple could afford. Thus, the McMansions were out (not that we’d want one). Second, after spending a lifetime in wilderness, we wanted to be on a lake that still retained some semblance of it. Sure, we knew there’d be neighbors. But surely there had to be a cabin we could afford on a lake that had and would retain public, undeveloped shorelines.

The search took two years. Many listings, though affordable and adorable on the realtor websites, looked undesirable from Google Earth. The satellite views revealed that the once remote little cabins now sat surrounded by second homes. The once narrow forest road that led to the lake was replaced by black top highway that encircled it. It began to look as if our expectations were indeed unrealistic. We were a couple decades too late!

Persistence paid off, though. Two properties came to the front, one in northern Wisconsin, the other in northern Minnesota. Each had pluses and minuses.

In the end, it was the Minnesota property that we chose, the one that had a view of a pristine shoreline identical to the canoe country we had so long loved. The cabin itself is simple—two little bedrooms and a great room with kitchen on one end, living area on the other, and a wood stove in-between. To that original 20×24-foot space, a more recent small addition had been built, with a sun room to the lake side, and a ¾ bathroom to the side. With half-log siding outside, and cedar and pine indoors, it had “cabin” written all over it.

We fell in love, made several offers, and in the end, it was ours.

“What are your plans today?” Mary Jo asked.

It takes a while to make a dwelling your own and the cabin was no different. Mary Jo cleaned. I repaired. There is still plenty of both yet to be done, but then we’ve only owned it for five months. Even after, it will remain a cabin. A simple cabin. A little rustic and imperfect.

Yes, the dock will get new planks. The plumbing will be insulated for winter use. Single pane windows will be replaced with something cold weather worthy. Doing these will bring satisfaction. Those things, though, will need to take their place in line.

Take their place because we did not buy the cabin as a project. Wait their turn because there is only so much time left, only so much time to learn this area’s secrets. I need to know where the walleyes live, the loons nest, the osprey hunt, and the moose travel. There are brook trout streams to explore, grouse woods to tromp, smallmouth bass to raise to a surface lure.

The cabin is a means. These are the ends. Work will be done when it is needed. But we will paddle and fish and pick berries in summer. I will hunt ducks and grouse in autumn. We will ski and snowshoe and ice fish in winter. Eat when hungry, sleep when tired, hunker down when weather demands, venture out when it beckons pleasantly. Read a book. Catch a fish. Repair a screen. Take a nap. Make kindling. Watch the Canada jays. Enjoy the visiting marten.

We’ll take it as it comes.

And we’ll do our best to see that cabin time has no clock. 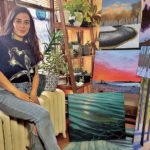 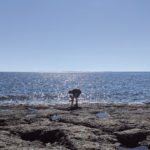