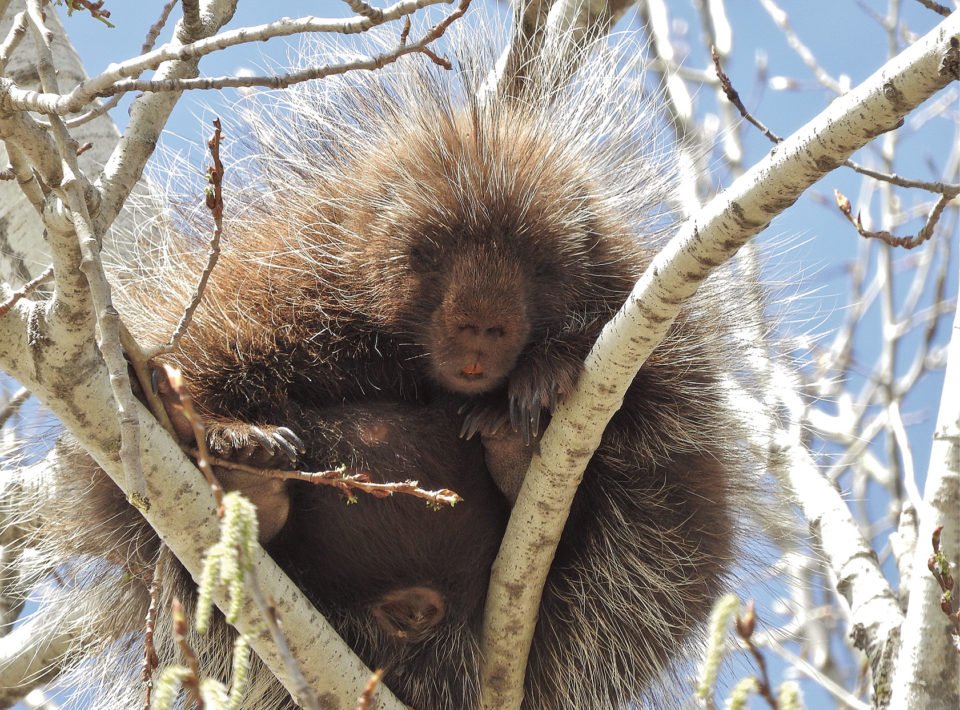 Not only can porcupines tell apart the tree species in the Northwoods, they also know exactly which species have the highest protein contents and the fewest toxins at each stage of spring. | EMILY STONE

Have you ever stood in a snow-covered field, tipped your face toward the sky, and reveled in the warmth of the sun’s rays on your skin? That sunshine is warm seems like a given, but the timid December sun is wan and weak. It’s only as days lengthen toward the equinox (this year on March 20) that sunshine regains its strength.

Sometimes, that’s all we get. March can be blustery—still filled with blizzards of heavy snow. Then the combination of melting sun and cold nights forge crusty drifts so robust that they can support an adventurous skier who likes to glide among the trees and over wetlands where no trail would ever go when the ground is thawed.

That crust can cause issues for some critters. By late February, red squirrels are running low on stored food and the crust prevents them from digging deeper. So they turn to the nutrient-rich buds of spruce trees. Their harvest method is messy, though: bite off a twig, turn it around and nibble the bud, and discard the rest of the twig right onto the freshly groomed tracks of a ski trail.

Skiing through the sun-warmed woods provides a window into other spring activity, too. Fisher and fox tracks quilt the hillsides as these critters travel widely in search of mates. Foxes leave scent marks on trailside lumps and little fir trees—trying to get a bit of height so that a passing breeze will better waft the smell along. Their urine has a distinctively skunky odor. Of course, at some point the skunks wake up, too, and it becomes harder to know for sure who has left their calling card.

Above the snow, tree buds bask in the warming sunshine, and sap begins to thaw and rise. Aspens are some of the first buds to show a plumper silhouette against the blue sky. I usually don’t notice their change until the even fatter shape of a porcupine nibbling on their twigs catches my attention.

Porcupines are some of the most talented botanists in the Northwoods. Not only can they tell apart the tree species, they also know exactly which species have the highest protein contents and the fewest toxins at each stage of spring. Trees on sunny roadsides may be further along in their seasonal sequence than their relatives in a shady forest, so porkies are extra visible as they satisfy their hunger.

Spring sun also changes the chemistry of sugar maple buds, and they are another one of porcupines’ first spring snacks. As sap rises, the buds swell. Packed inside the overlapping layers of toffee-colored bud scales, tiny leaves and twigs begin to expand. At the height of their nutrition (which happens just as the syruping season ceases), sugar maple buds have more protein than enriched breakfast cereal.

Of course, by that point, many of us are blurry-eyed and smoke-cured from long days and nights of boiling down the maple sap into syrup.

Spending time in the sugar bush (or anywhere outside) means that we get to hear—or feel—the very first drumming of a ruffed grouse like a vibration in our chests. As soon as a few fallen logs have tipped their cap free of snow, these birds start their springtime display for the ladies. Chickadees join in, with ever-more-frequent whistles of “Hey Sweetie” in the sunshine.

As we trudge through increasingly slushy snow—the kind that makes a perfect mold of animal tracks—we might also come across the five-toed tracks of a black bear, stretching his legs after hibernation. At dusk, the “beep, beep, beep” call of a migrating saw-whet owl might cut through the damp air. At dawn, the konk-la-ree call of red-winged blackbirds seems to hasten the thawing of wetlands. As ice blackens and melts, I strain my ears to catch the first rough quacks of wood frogs and the jingle bell chorus of spring peepers. And above those wetlands—silent but beautiful—the fuzzy buds of pussy willows start to pop—first with the gray fuzz of the female flowers, and then with the golden, pollen-drenched pompoms of the males.

Above it all, we listen for the honking V’s of geese returning north. Aldo Leopold wrote, “One swallow does not make a summer, but one skein of geese, cleaving the murk of a March thaw, is the spring…a migrating goose, staking two hundred miles of black night on the chance of finding a hole in the lake, has no easy chance for retreat. His arrival carries the conviction of a prophet who has burned his bridges. A March morning is only as drab as he who walks in it without a glance skyward, ear cocked for geese.”

So, it’s time to tip your face to the sun, cock your ear toward the sky, and revel in the early signs of spring. 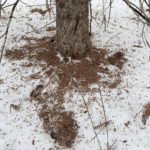 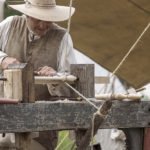