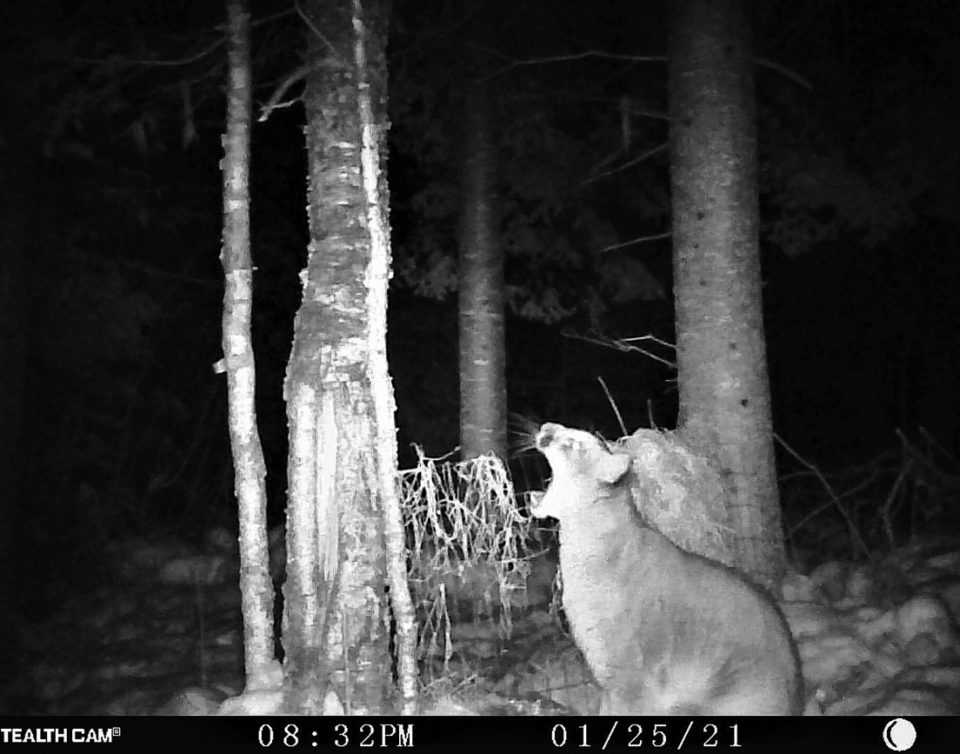 Trail cam photo by Adam Massaro of a cougar outside Thunder Bay, taken on January 25 of this year. | ADAM MASSARO

As forest creatures go, the cougar is among the most mysterious. Although an apex predator, they are also a cat, which means they can hide in trees and stay out of the human eye with ease. Cougars also are largely nocturnal predators, so they are a rare thing to witness even where they are common.

And they are not common in Ontario. Anywhere. Cougars are considered an endangered species in the province. That’s a designation that underscores how uncommon they are.

Yet for as long as I can remember, I’ve been hearing stories about cougar in northwestern Ontario. This is partially due to the large number of cougar stories I’ve written or broadcast over my career. Because of that connection, the cougar sighting is often one of the first things shared when I meet someone new. The stories vary from highway fly-bys, to encounters while hunting or historic sightings passed on. For many years, I joked that I was the only person in the northwest who hadn’t seen a cougar.

For a long time, there was little physical evidence of cougars in the northwest. Yes, there were some track impressions in the mud that looked good, some scat from the Kenora area that was cougar, but there was no smoking gun. No carcass. Then, in March of 2017, that changed.

My first inkling something big had happened was a picture that flashed across my Facebook feed. It was a picture of a vehicle with a frozen looking cougar carcass tied to the roof. The background included an identifiable Thunder Bay landmark. It was the weekend, but I went to work. The discovery of a frozen cougar carcass northwest of Thunder Bay was the first verified ever. It was a big deal. The animal had been brought to a Thunder Bay taxidermist by the people who found it and the Ontario Ministry of Natural Resources was contacted. Because it was an endangered species, the carcass became property of Ontario. The animal seemed to have died of starvation, due to a face (and mouth) full of porcupine quills. One can only guess that the animal had tried to eat a porcupine out of desperation. There were many questions about the animal, but the biggest one was its origins. Was it a local animal, a traveller or a released “domestic” cougar? The OMNRF sent some tissue samples away for genetic analysis.

The DNA results showed it was closely related to animals from the region of the Black Hills of Wyoming, South Dakota and Nebraska.

The ministry also said at the time the animal found dead was not part of a resident cougar population in northern Ontario. In other words, not an “Ontario” cougar.

Whatever you made of that conclusion, one thing was irrefutable: an adult cougar had been living (and died) in the northwest of Ontario. As exciting as that finding was, it was followed by several years of relative quiet on the cougar front. There were noticeably fewer northwestern Ontario cougar stories floating around after that animal was found.

Fast forward to the fall of 2020. In November, some trail camera shots of an adult cougar turn up attributed to being from the Lappe area, a rural community just north of Thunder Bay. Efforts to track the trail camera owner went cold. Yet it was an intriguing development.

Then, on the last day of December, I received an email from a gentleman named Chris Maley. He sent me a line of text that basically said he had an interesting trail camera video. Attached was a 15 second video of a very mature and live cougar. It was shot at night. But the cougar was in the frame long enough to be easily identified.

Maley, who lives on Hwy 61 just west of Thunder Bay, said he was checking his trail camera’s SD card and scrolled through several short videos. The last one had something on it he had never seen before. Maley said he could barely believe his eyes.

“I knew right away what it was,” Maley said. “I’ve seen cats before and pussycats. And that was no pussycat. There’s no mistaking it.”

If that wasn’t enough, even more trail camera pictures of a cougar surfaced in late January of 2021. Adam Massaro, who lives off Dawson road, north of Thunder Bay, had a cougar visit on January 25, at 8:31 p.m. Massaro got a number of pictures of the animal, with the last being about five minutes after it first appeared. Once again, the cat looked robust and healthy and it appeared to be on the hunt. Massaro said the cougar was possibly looking for deer or snowshoe hare, which are both common on his property. It is certainly possible this was the same animal that had turned up on Maley’s camera three weeks earlier, as the two locations are a couple of dozen km apart.

Cougar are here. It’s possible the warming climate has made northwestern Ontario more hospitable for the big cats. Or perhaps they are just passing through more often. The recent rash of cougar sightings prompts more questions than answers. But the amount of cougar activity in the northwest does suggest something is going on.

And maybe, just maybe, I’ll finally see a northwest Ontario cougar in the flesh before I punch my card. 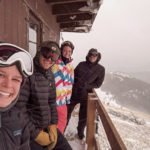 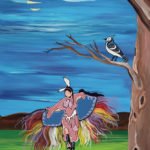 Niimi (She Dances to the Sky)