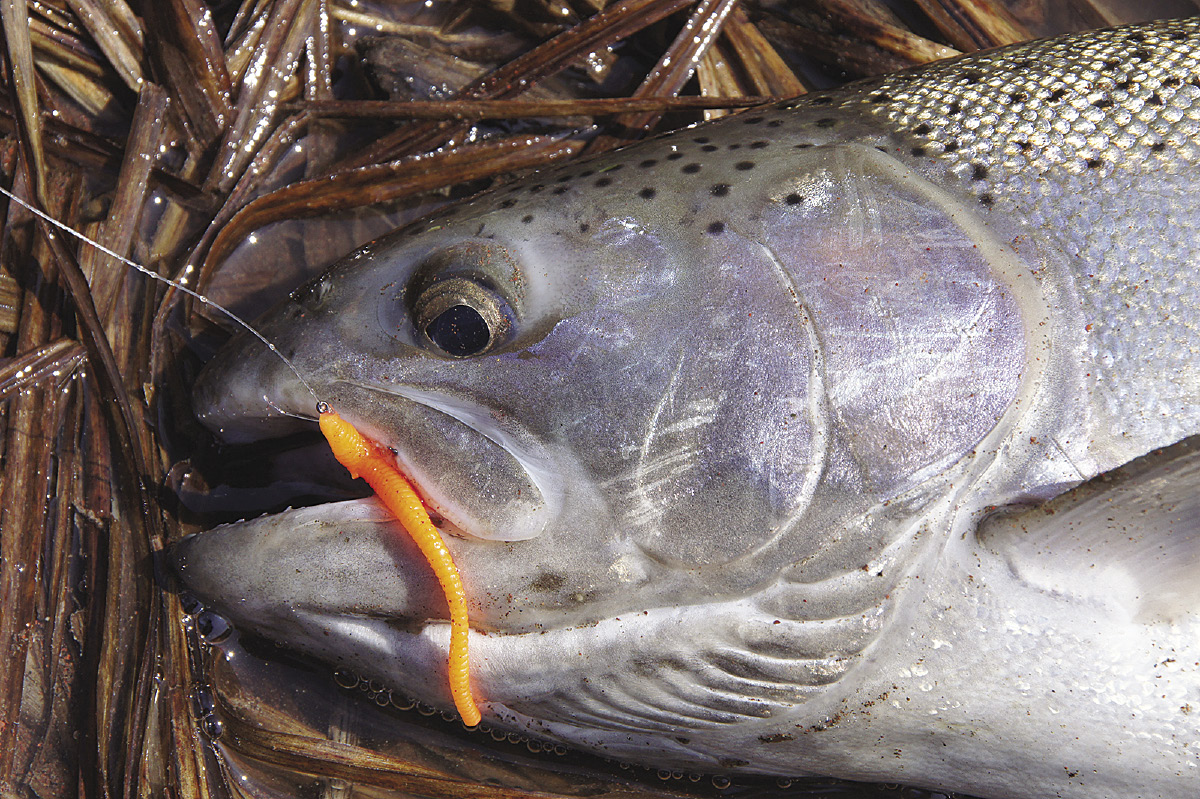 Scented rubber worms have been embraced by many steelhead anglers. | GORD ELLIS

As a young man growing up in Thunder Bay, the pursuit of fish was an all encompassing passion. Brook trout were favoured, but steelhead and smallmouth bass were high on the list. My childhood fishing tools were pretty simple: short Fiberglas pole; Johnson closed face reel, and a cough drop tin filled with various hooks and sinkers. There were no lures and only the occasional tattered fly. Fishing required live bait, usually worms, but also minnows, leeches, grasshoppers and crayfish.

That meant a lot of time spent digging for crawlers, baiting traps for minnows and flipping rocks for craws. All that effort was usually rewarded. Brook trout responded to a live worm with almost Pavlovian enthusiasm. The light-coloured worm would drift through the deep hole, then magically disappear as a trout engulfed it. Smallmouth bass would practically leap out of the water to grab a live crayfish. The craw was generally tail-hooked, and flipped out over a drop off. There really didn’t seem to be much reason not to use live bait. It was that good.

It was on a canoe trip in my teens that I first realized just how deadly some of the artificial options could be. We were in the Northern Light Lakes area, canoeing those bass and walleye waters in mid-summer. Fishing was high on the list of things to do, but bait was not happening. In expectation of a baitless trip, some crude rubber worms and Mepps Minos had been tossed in the tackle box with jigs, various classic crank baits and a couple Eppinger Daredevles. The fishing was tough and the yellow bucktail jigs and River Runts were just not cutting the mustard. This, despite seeing some large bass patrolling the large pool we were camped along.

One morning, before anyone woke up, I got out of the tent, cracked open that tackle box and tied on a plain Mepps Mino. It was truly a crude looking thing, but had the profile of a minnow and was relatively natural looking. The plastic bait was cast into the pool, with no weight, and slowly started to drift out of sight. Within moments, the line went tight and I set the hook. Immediately, one of the fat smallmouth that had been so tight lipped the night before was doing cartwheels in the air. The rubber minnow had paid off. For the rest of that summer, the Mepps Mino, as well as various rubber frogs, worms and crayfish were used with reasonable success. Suddenly, the need for live bait seemed less of a key to success. In some instances, the artificial may have even been better.

Fast forward 35 years or so. I’m still fishing, and I still use live bait from time to time. However, the technology around artificial baits, especially those that mimic the live stuff, is truly amazing. In the past two decades, scented, salted and biodegradable baits have flooded the market. Names like Gulp, Power Bait, Exude and Yum are just a few of the big players in the scented plastics market. Some of these products are so incredibly effective that fish truly bite them and won’t let go. The textures, colours and scents these plastic baits feature have been developed in laboratories where live fish are used to measure response times. Some of the plastics are so water permeable they shrivel into leather like raisins if left on a jig overnight.

One thing is for sure, most of the scented plastic stuff really works. Sometimes, even better than the real deal. And it’s not just bass guys using rubber worms and minnows, by the way. The scented and plastic bait market has been embraced by steelhead and even salmon fisherman. There are not many steelhead anglers—outside of those who are fly only—that don’t have a few scented rubber eggs in their vest. Increasingly, that same angler will have a bag of scented pink or red rubber worms as well. The first time I caught a steelhead on a pink worm, I could not believe it. I’d been floating a pool with fresh spawn bags with nary a sniff. I put on a three-inch pink worm and the float immediately buried.

On the Great Lakes, one of the very hottest presentations is a scented plastic “cut bait” that reacts like a cut herring, but is brightly coloured and heavily scented. The plastic cut baits are also about 100 times more durable than a real herring.

The walleye angler, in particular, has endless plastic products to choose from, including realistic night crawlers for spinner rigs and slippery, natural-looking leeches. The number of plastic minnows, shads and jerk baits available is also mind boggling, never mind grubs and twisters. They come in every shape and size, some even with glitter flake and holographic bodies.

Is there still a place for live bait? Of course. Nothing swims like a live minnow or leech. A live night crawler is still a deadly offering for trout, bass and walleye. However, in places where bait is more work than it’s worth to keep alive, or where there are restrictions on the use of it, there are all sorts of incredible artificial options to enjoy. Sometimes, it is just more fun to fool a fish with a fake.

This story was originally published in the April 2014 issue of Northern Wilds. 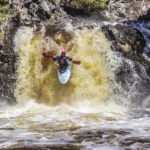 Crows, suckers and the rites of spring