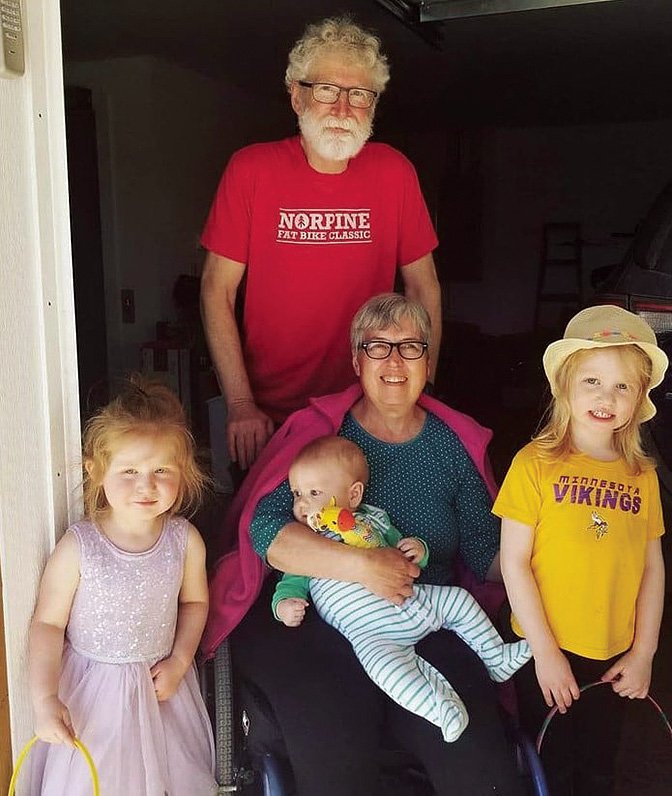 You can call Beth Kennedy a lot of things. Go-getter. Mom, foster mother, and grandma. Community volunteer. Serial entrepreneur. All of these descriptions apply to her. However, at the end of October, Kennedy will close Birchbark Books and Gifts, retiring after 36 years as the owner of multiple businesses in Grand Marais.

“With my retirement, I look forward to enjoying even more time with my grandkids,” she said.

Kennedy and her husband Tim moved to Grand Marais in 1977 at the age of 27 with their 12-year-old foster daughter Julie, when Tim was hired as Cook County’s planning and zoning administrator. Although she had a teaching degree, there were no full time teaching jobs available. For the next few years she worked in Cook County Social Services and as a substitute teacher. Since the area lacked an early childhood program, she and Patty Nordahl started their own effort called Parents Are Teachers, which they did for four years.

Her first venture into retail was as a partner in a children’s used clothing business operated out of a friend’s home. When the construction of a new building for the Cook County News-Herald freed up a downtown building, Kennedy moved the used clothing shop downtown. To help pay the lease, she connected with five other women wanting to start businesses and divided up the space, creating Village on the Bay. In 1984, Kennedy bought a fudge machine, and started Beth’s Sweet Creations in one of the 300 square-foot spaces. She sold the used clothing shop to her partner when her son Danny was born. As other businesses moved out of Village on the Bay, Kennedy expanded the fudge shop, adding clothing and gifts. Eventually, the Kennedys purchased the building, which is now called Beth’s Fudge and Gifts. Their son Danny has owned the building since 2015.

For three years, Kennedy also commuted to St. Paul to run a gift and fudge shop on Grand Avenue and care for her ailing mother-in-law. The shop was successful, but the Kennedys decided to close it when their landlord raised the rent and after her mother-in-law passed away.

The next business opportunity arrived when the Kennedys bought the Wally’s Garage building, which had been a car dealership and auto body and repair shop throughout most of the 20th century. After work, in the evenings, Tim took on the task of removing “70 years of grease and exhaust fumes” resulting in 6,500 feet of fresh retail space on 1st Ave. West, which at the time had few retail businesses.

The Kennedys leased the front portion of the building to a used clothing shop. The rest of the building was developed by Kennedy into a gift store and art gallery called Birchbark Gallery. In 1996, they purchased The Book Station, which was located across the street and about to close.

“I wanted to see a book store remain in Cook County,” Kennedy said.

Soon after, books became a mainstay of Birchbark and the store transitioned to Birchbark Books and Gifts. Kennedy’s business emphasized signed copies of books by local authors and an expansive children’s book section, which led to selling toys and stuffed animals in a back area.

“It created a fun and safe space for kids to be while their parents shopped,” she said.

Books she called “vacation reading” also sold well, including mysteries, especially those by Minnesota authors. Over the years the store branched out adding clothing such as Babes in the Woods jackets, fairy gardens, used books and more.

Kennedy said one challenge in a small town was figuring out how to “stay within your niche and not step on the toes of other local businesses.” She believes it was an advantage for her and others that most downtown businesses were owned by women who collaborated on common goals, including developing various events to market their collective businesses. She also served in leadership roles with local tourism organizations: Tip of the Arrowhead, Grand Marais Chamber, Grand Marais Area Tourism Association and Visit Cook County.

In 2016, Kennedy won the Business Leader of the Year Award, which thus describes her community involvement: “She’s been a driving force behind Ruby’s Pantry, the Snack Pack program, and Empty Bowls. She has served on just about every nonprofit board in Cook County. If there’s a critical need that demands attention, you can be assured that Beth will be among the first to answer the call.”

In recent years, she has been beset with challenges. A stroke left her wheelchair bound, which has changed her life in many ways. A 2020 fire destroyed the building where her daughter Kelsey operated a gift shop called Picnic & Pine. The family decided not to rebuild as Kelsey focuses on her employment at Cook County Higher Education.

Kennedy’s decision to close Birchbark Books and Gifts after 26 years is influenced by her life changes as well as her and her dedicated retirement-age staff’s wish to retire together. She thanks all of the people that worked with her over the past 36 years. Kennedy is satisfied to have had the creative experience of building businesses and to leave her grandchildren a legacy of entrepreneurship. 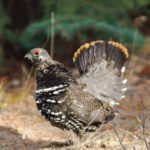 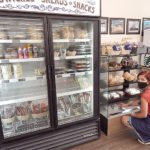