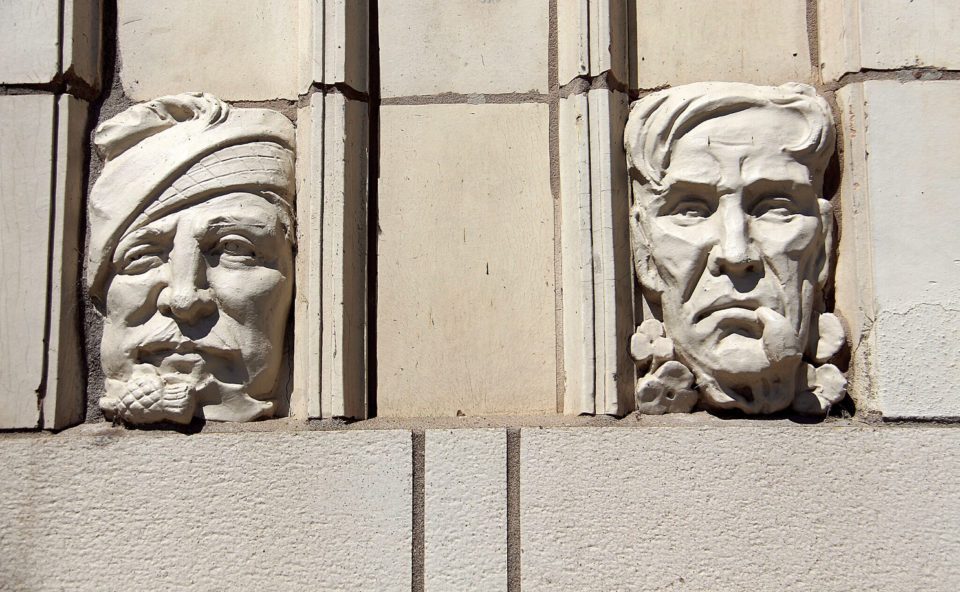 Built in 1892, The Two Harbors Lighthouse is the oldest operating lighthouse in Minnesota. Both the light tower and the adjoining keeper’s quarters are constructed of red brick, with the walls of the living quarters being two bricks thick and the tower is three bricks thick. According to the Lake County Historical Society, the thick walls where the tower and living quarters meet were designed to protect the family in case of a fire. (Before 1921, the light was lit by oil.) The light became fully automated in 1981, and the property was given to the Lake County Historical Society in 1999. Today, the lighthouse is open for tours, while the living quarters have been converted to a bed and breakfast run by the historical society, with the proceeds going towards maintaining the property.

Port Arthur business magnate James Whalen wanted to promote Port Arthur as a “Chicago of the North.” To this end, he commissioned the Whalen Building, an eight-story building completed in 1913. This Chicago-style “skyscraper” was the tallest in the area at the time, and Whalen’s Great Lakes Dredging Company moved into the seventh floor. However, Whalen ran into financial trouble, and in 1931 the city took possession of the building. It then used the building for the Port Arthur Public Utilities Commission. The Whalen Building is distinctive for its carved facade, which includes reliefs of lions, pelicans, florals, and even human faces (seen in the photo above). Today the building is a City of Thunder Bay Heritage Property.

In 1905, the Congdon family began construction on what would become one of Duluth’s most emblematic buildings–the Glensheen Mansion. Chester Congdon was responsible for helping to bring iron mining to the Lake Superior region, and he put $854,000 of his fortune toward building the 20,000 square foot mansion. Clarence H. Johnston, a Minnesota architect, designed the Jacobean Revival building, while William French designed the interiors and furniture. Some of the highlights inside the house include the library and the green-tiled breakfast room that overlooks Lake Superior.

The Glensheen estate is also defined by its natural beauty, situated next to Lake Superior and Tischer Creek. Its gardens and landscaping were designed by Charles Weallford Leavitt, who also designed landscaping for the likes of Walter Chrysler, Charles Schwab, and John D. Rockefeller.

Elisabeth Congdon, daughter of Chester and Clara, donated Glensheen to the University of Minnesota Duluth in 1968, and the property has been open to the public for tours since 1979.

The Port Arthur Collegiate Institute served as a secondary school for nearly 100 years. The impressive Queen Anne style building was designed by Toronto architect Henry Simpson and was built of stone quarried from Simpson Island. Its location atop a hill was purposeful; making the stately building highly visible helped give newcomers a good impression of the city. The school opened on September 6, 1910.

Throughout the years, additional classrooms and a new gymnasium were added onto the school. After years of declining enrollment, the Lakehead School Board decided to shut the school down, and it closed its doors in 2007. Today the building is a Historical Heritage Site and is now Lakehead University’s Bora Laskin Faculty of Law.

Although the College of St. Scholastica was founded in 1912, its roots date back to 1892 when a group of Benedictine sisters, led by Mother Scholastica Kerst, moved to Duluth to establish a Benedictine motherhouse. The sisters’ vision included starting a school, which was originally named Sacred Heart Institute.

The College of St. Scholastica’s impressive Tower Hall was initially designed by architects Anton Werner Lingell and Frederick German, with the two beginning work on the project in 1906. However, they were fired in 1908 by Mother Scholastica Kerst due to concerns about the design of the walls, and were subsequently replaced by architect Franklin Ellerbe. After Ellerbe took over, the first section of Tower Hall was completed in 1909, with the first students moving in that September. The Romanesque building features two, seven-story towers and an exterior of local basalt stone. The entire building was completed in 1928 and it is still a central part of the college today.

The Thunder Bay Tourist Pagoda was built in 1909 to promote tourism in Port Arthur. Designed by local architect H. Russel Halton, the pagoda’s eclectic design includes the pagoda-shaped roof and a carved beaver panel above the door. In 1961, the pagoda underwent an interesting makeover when members of the Jaycees met one night to paint polka dots on the roof of the pagoda. Although many residents were shocked, the new paint job boosted interest in the information bureau. The building became a Canadian National Historic Site in the mid-1980s, and the polka dots were painted over as part of a greater restoration effort that began in 1988. Today, the Thunder Bay Tourist Pagoda continues to attract visitors curious to learn about this beloved Thunder Bay landmark.

Located on Syndicate Avenue, this historic train station was built as a union station by the Canadian Pacific Railway and the Grand Trunk Pacific Railway. Construction on the Beaux-Arts style building began in 1910 and it was completed by 1911. At the time, Fort William was an important shipping point in the grain trade, but the station was also used by passengers. The building became a Heritage Railway Station in 1991 and was added to the Canadian Register of Historic Places in 2007.

Swedish immigrant Charles Axel Nelson moved to America in 1881 and set up a homestead in 1885 at what is today Lutsen Resort. The resort is the oldest operating resort in Minnesota–the first guests stayed with the Nelson family in 1886, and in 1893 they built a home with hotel rooms on the second floor.

The main lodge building we know today was designed by Minnesota architect Edwin Lundie and was built in 1952. It was the second of its kind—the first main lodge designed by Lundie opened in 1949 but was destroyed in a fire in 1951. The lodge is Scandinavian style and was built from white pines harvested up the Gunflint Trail.

Located on the waterfront, the Prince Arthur Hotel was once considered one of the most luxurious hotels in Canada. The hotel had its beginnings in a game of poker: in 1908, Port Arthur’s mayor, J.J. Carrick, was traveling to Winnipeg with Sir William Mackenzie and Sir Donald Mann of the Canadian Northern Railway. Carrick said that Port Arthur needed a hotel, and that one could potentially be built near the railway. Through a vote, the public gave the approval for the Canadian Northern Railway to build on the parcel of land, and construction on the hotel began in 1909. This became the first in a string of upscale hotels owned by the railway. The Chicago-style building was sold to a private company in 1955 but it is still used as a hotel today. 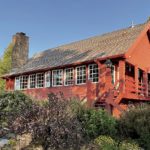 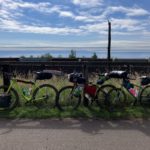