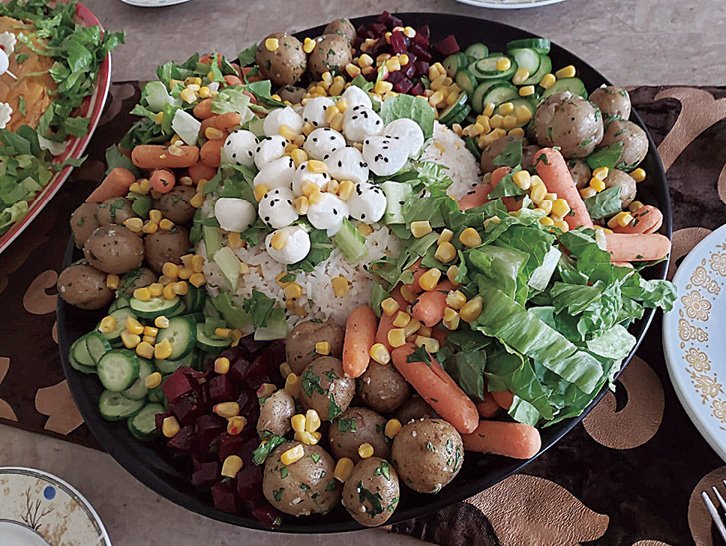 Naima Elouahydy has been up since 4:30 a.m. and now, toward evening, is bustling about in her apartment kitchen, preparing food for her guests. At home from her daily work, the vivacious Moroccan Canadian flattens balls of wheat flour dough with her hands into discs about 25 centimetres (10 inches) in diameter. Once oven-baked, these will be the n’samen, or flat bread, to go with the main course. Nearby on her kitchen table is an electric brazier, whose coils are already glowing red hot in anticipation of the tajine stew of chunks of lamb meat, pureed onions, and much else.

The tajine (pronounced “taw-zheen”) names both the meal and the inverted funnel-shaped clay cooker in which the food is prepared. It is distinctive to Moroccan cuisine, and one day, Naima and her chef husband Abdel hope to share that cuisine more widely with their fellow Lakehead citizens.

Just then, her friend Amel Abdullah arrives. Once they have warmly greeted one another, Naima rushes back to continue her food preparation.

“We hope someday to open a restaurant here,” Naima explains as she chops onions. Already her sense of restaurant-style presentation is evident: in a small bowl, she has artfully placed the spice array—turmeric, cinnamon, pepper and ginger—in readiness for the tajine, rather than lining up herb and spice shakers. “My husband works at the Vahalla in the kitchen, and he has a diploma as a chocolatier and in pastry.”

Abdel at that moment is out with their two young children, clearing space and time for Naima to demonstrate her cooking skills. The couple are ethnically North African Berbers, or as they prefer to say, Amazigh, a title which is believed to connote a “free person.” The Amazigh (pronounced “Ah-mah-zee”) people are found primarily in North Africa, in an area stretching from Morocco to the west, all the way to Libya in the east. Among the various Amazigh populations, there is a shared language (Arabic), and similar cultures and cuisines.

“The way we all cook is much the same, but there are differences—in Morocco, they like food very spicy, while we in Tunisia don’t use spices quite as much. And Algeria is right in the middle,” explains Abdullah, who is also Amazigh.

Naima now pours a small amount of oil into the shallow-sided bottom pan of the tajine. Once it is heated, she adds a chopped onion puree and spices to the pan before setting the inverted-cone top in place. After letting the mixture slowly simmer, Naima will add the lamb meat, along with partially-boiled eggs and raisins. In the meantime, she boils water for naanda, or mint tea.

“You like some cookies?” she asks her guests as the tea steeps. Naima brings out an artfully-arranged plate of baking that would not be out of place anywhere in the countries bordering the Mediterranean Sea. In fact, the couple’s food preparation skills and experience amount to their very strong bid to realize their restaurant dream. Naima produces an astonishingly wide variety of tasty cookies and cakes, such as the traditional Amazigh siffa, an almond cake of shredded filo pastry, as well as the unique “gazelle horns” cookies. She also makes r’fissa.

“It is for celebrating birth,” she says. The cake of dried walnuts, apricots, raisins, onion and sugar, also features lentils. “To stimulate the milk.”

When asked about her hoped-for restaurant, Naima answers shyly that she needs to improve her English, and study the requirements of the local health unit for public food service. Her answer touches on her journey to Canada as an immigrant.

Abdel arrived first in Thunder Bay in 2017, while she arrived a year later. Both are employed at the Valhalla, though Naima works in housekeeping rather than joining her husband in the kitchen area.

“I never flew before,” she says of her relocation. “It was hard—I was scared. But everything is fine now.”

As her guests drink the mint tea and sample the cookies, Naima excuses herself to check the tajine. It is ready for a final touch. She has been soaking prunes in a solution of hot water, sugar and cinnamon. Now she drags each one through a plate of sesame seeds to coat them. Already the robust aroma of the lamb stew permeates the apartment as she arranges the prunes in the steaming dish.

Within a few minutes, her guests are regaled with the stew, flat bread, couscous, and bowls of honey and edible argan oil for the bread.

“Feast” is not too strong a word for this occasion. Perhaps the dream is not so far away. 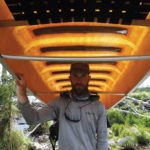 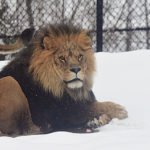