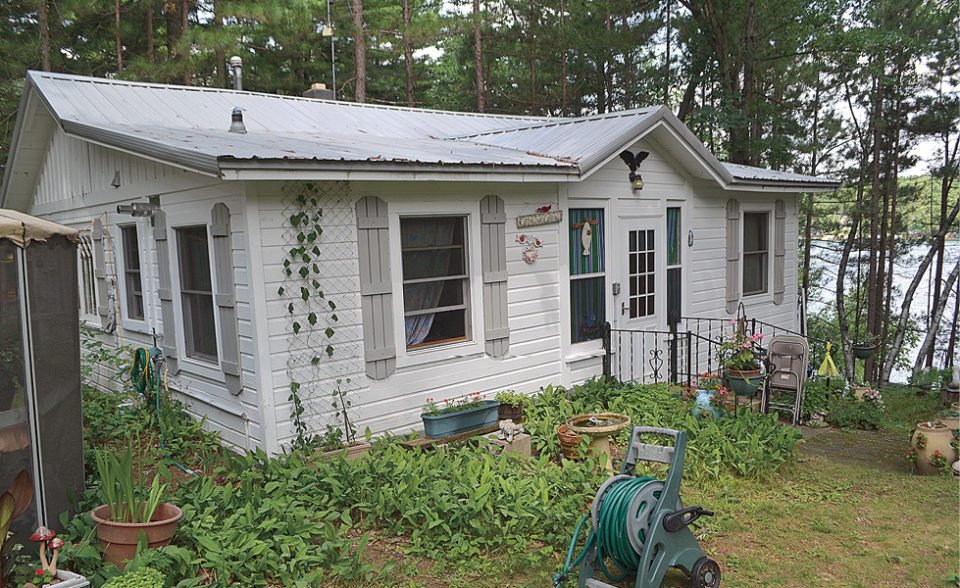 The cozy little cabin on the hill high above the lake. | SUBMITTED

Putting in the dock each spring isn’t a bad job; it’s just a cold one. But all the summertime splashing, jumping and playing wouldn’t be possible without it. However, it wasn’t until after I graduated from college that I discovered our dock has an even better purpose.

One summer evening, after a busy day of playing in the water, I found myself alone with my grandma on the dock, dangling our toes in front of brave sunfish and sharing a pizza from the local pizza joint. We talked about all the usual stuff—family, fishing and other things—but the conversation took on a new twist. Grandma started talking about the history of her cabin on the lake. She told me how she used to bring my mother to the lake on summer weekends and how each year, she and my mother would rent a cabin here for a week at a time. Grandma fell in love with the lake and vowed if she ever found a place for sale on it, she’d buy it. And she did.

The previous owners of her cabin, the Niemis, were Finnish immigrants who chopped holes in the ice to bathe in the winter after sweating in the steamy sauna. In summer, the neighboring women came down to the lake to bathe every morning, then trudged back up the hill to their cabins to start breakfast while the men took their morning bath. When my grandparents sat down to work out the details of buying the cabin from the Niemis, Mrs. Niemi was so emotionally stirred that she leapt to her feet and tore up the paperwork. I see now why she was so attached to the place.

Grandma remembered when the mail at the lake was delivered by horses, and how there used to be lake trout in the lake’s deep, cold water until they were fished out decades ago. She rattled off all sorts of facts about the lake’s natural history as well.

It seemed as if Grandma felt an obligation to tell me everything she knew about the lake, and I didn’t interrupt her. I was too focused on her stories to even eat my pizza.

This spring, Grandma and I were alone at the lake again. I sat down next to her on a flat-topped boulder that used to be the first step onto our dock years ago, before we relocated it to where the beach was better for swimming a few yards away. Grandma immediately started in on the lake’s history again, telling me new stories.

In her most dramatic story, Grandma told me about my Grandpa, who died when I was just a boy. I knew that he used to be a delivery driver, but Grandma told me that previously, he was a detective who had a special talent for helping the poor and underprivileged. Grandma said that Grandpa loved his job and was very good at it, but one of the men whom he arrested framed him, forcing him out of his beloved work. Needless to say, I was amazed.

As Grandma continued on, she spoke of the history of her lakefront home, and she even showed me the yellowed, crinkled deed to her cherished property, which consists of about an acre of land, a cabin and a boathouse with a sauna above it. The cabin and the boathouse have remained unmodified for years. I wouldn’t say they’re rundown; rather, I think so many snowy winters filled with giggling children on sleds and lazy summers with suntanned swimmers have gone by that the buildings now have a timeless sense about them.

As for the sauna, when I was younger, I thought the old wooden building, with its shifting foundation and doors that won’t close tightly anymore, was just a place to store fishing poles and water toys. That’s what we used it for, anyway. But one summer, after I learned its real purpose, we cleared it out and re-stoked both the fire and the spirit of the Finnish relic for the first time in 20 years. Now we understand and appreciate what those Finnish immigrants knew all along.

It seems each spring, I’m always the one who is assigned to the deep side of the dock as we erect it over the frigid May waters. But I don’t mind. I no longer see our dock as just a platform to walk on. Nowadays, I see it as a bridge across generations. 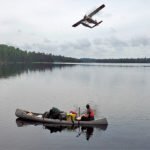 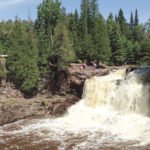