A group travels across a BWCAW lake in pursuit of lake trout. | TUSCARORA LODGE & CANOE OUTFITTERS

Boundary Waters—If catching trout hooks you on the idea of a party, then the Boundary Waters Canoe Area Wilderness is the place to be on New Year’s Eve.

The winter season for trout on all lakes located entirely within the BWCAW opens Dec. 30 and runs through April 1, 2018. That means by New Year’s Eve, the fishing season will be open for more than 24 hours, giving anglers ample opportunity to ring in the holiday on the ice.

“We usually have lots of cabin business that time of year, but it’s centered on the holidays and not the lake trout opener,” said Andy McDonnell, a co-owner of Tuscarora Lodge and Canoe Outfitters located up the Gunflint Trail. “I don’t think that the fact the trout season opens inside the (Boundary Waters) before it opens outside is very widely known.”

A decade ago, there was no special season for trout fishing in the BWCAW. Winter lake trout season dates were the same for lakes within and outside the wilderness line.

But legislation enacted in 2009 moved up the lake trout opener on lakes entirely within the BWCAW to occur sometime around New Year’s Day. Three years later, in 2012, another change in Minnesota’s fishing regulations allowed winter stream trout fishing on all lakes entirely within the BWCAW to open earlier. According to the Minnesota DNR, stream trout are defined as splake, brook, brown and rainbow trout.

Stream trout angling this upcoming season, the same as lake trout fishing, will open Dec. 30 and close on April 1, 2018, for all lakes entirely within the BWCAW boundary.

Matthew Weberg is the assistant area fisheries manager for the DNR based in Grand Marais. He said according to the legislation passed less than a decade ago, the BWCAW trout opener always occurs Jan. 1, except when New Year’s Day falls on a Sunday, Monday or Tuesday. When that happens, the opening day is the Saturday nearest to and before Jan. 1. This year, New Year’s Day is on a Monday, hence the early start date.

“I’ve talked with a few folks who like to coincide their winter camping trips with the lake trout opener,” Weberg said. “Others will just do a daytrip to select lakes near Boundary Waters entry points.”

Even then, the DNR urges anglers to tread carefully.

“At that point of the winter there’s usually plenty of ice,” Weberg said, “but if we have a warm fall like last year, ice on some of the larger and deeper lakes might be a little sketchy still.”

Meanwhile, according to the DNR, the trout opener for Boundary Waters lakes specifically is not exactly a booming enterprise.

“Sadly, the BWCAW trout opener is fading quickly,” said DNR conservation officer Darin Fagerman. “I would say that we don’t get a big turnout even on opening day. Some lakes that are easy to get to will see the same old die-hards that have been there year after year. Last year we walked into the farther trout lakes only to find one or two people on them on opening day.”

Weather also plays a significant role with regard to the turnout during the BWCAW opener, Fagerman noted.

“If the weather is predicted to be on the brutal side, the small number of anglers will drop off even more,” he said.

Another factor to consider if you’re fishing in the BWCAW during the special trout season is how close you might come to the Canadian border. It’s extremely important to know where that line is, with lakes like South or Rose being examples of lakes entirely within the BWCAW but also partly in Canada. The fishing season for lake trout in Ontario waters typically begins on Jan. 1, as it did in 2017, but make sure to check the fishing regulations to be certain. Also make sure you know where the international line is on any border lakes you might fish.

McDonnell said the BWCAW specific early-season opener is indeed less of a draw than when the regular season opens a couple weeks later.

“We do get the hardcore anglers around for that opener, but there are definitely more serious fishermen for the outside opener in January,” he said. “There are definitely exceptions to this, but most of the real hardcore people we see are using snowmobiles to fish from, or to access areas not easily reached on foot in one day.”

Fagerman said overall, ice fishing does seem to be losing momentum or even popularity with regard to the remote lakes of the Boundary Waters.

“I think the biggest factor of the fading interest is the lack of younger people taking the spot of the old-timers that are getting too old or who have died off,” he said.

Meanwhile, McDonnell, who is in his early-30s, doesn’t let trends get in the way of what he considers a good time during the long winter months.

“I fish multiple times a week all season long so we’ve always got up-to-date info on the fishing and the lake conditions,” he said. “We talk to a lot of people that just want to know what the ice is like, or how much snow is in the woods. We’re always happy to talk about that if folks give us a call.”

The team at Tuscarora also post weekly videos on Facebook and YouTube that show the current conditions and what they’re up to during the winter, which usually happens to be fishing or exploring the remote lakes near their home.

Mindy Fredrikson, a co-owner of Gunflint Lodge, said her resort on the shores of Gunflint Lake is equipped to not just promote ice fishing, but support those who want to try it out.

“We offer ice fishing packages that includes a portable pop-up ice house, heater and propane, hand auger, ice scoop, chair and toboggan,” she said. “We also have ice fishing gear and tackle available for sale and we can help our guests schedule a fishing guide if they want more assistance in finding a good fishing spot.”

A collection of anglers, including McDonnell and the owners of many resorts along the Gunflint Trail, are hoping the ice is solid enough to go fishing by Dec. 30. And if it is, there could be a few celebrations on the remote lakes to ring in 2018.

“I haven’t run into anyone celebrating New Year’s Eve on opening of fishing,” Fagerman said, “but I guess I haven’t asked or it hasn’t come up.”

That being the case, it’s possible that somewhere deep in the Boundary Waters, the sound of a tip-up rising could coincide with the ringing in of 2018. 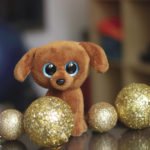