Due to cutbacks, brook trout are only stocked every other year in Minnesota’s designated trout lakes. | SHAWN PERICH

For many ice anglers the “opener” for the winter trout season is an eagerly anticipated event. The season is for native lake trout and stocked stream trout in designated trout lakes. This year, the season opens Jan. 1 for lakes entirely inside the BWCAW and Jan. 18 for lakes outside or partly outside the BWCAW. Both seasons close Mar. 31.

Unbeknownst to many anglers, changes have occurred to the Minnesota DNR’s stream trout stocking program over the past decade or so that affect the quality of fishing. Steve Persons, area fisheries supervisor in Grand Marais, says that a long-term budget crunch has led to stream trout stocking reductions from annually to every other year in many remote lakes. Since most stocked trout, especially popular brooks and rainbows, live less than four years, every-other-year stocking may lead to inconsistent fishing opportunities. A stream trout lake may have good fishing one year and fair fishing the next.

“We’re trying to see if we can maintain a decent fishery (with every other year stocking) and the jury is still out on that,” Persons said.

Even though less fish are available for stocking, Persons said the DNR is trying to maintain the same number of designated trout lakes. Going forward, some lakes that have poor trout survival may be dropped from the stocking. An example, he said, is Rog Lake near Seagull Lake, which was overtaken by smallmouth bass. If stocking is discontinued in a lake, it will no longer show up in stocking lists or lists of stream trout lakes.

Another change occurred to stocking remote lakes this year. Those lakes, some of which are within the BWCAW, are stocked from the air. This year, the Minnesota DNR Division of Enforcement stopped using its airplanes to stock fish, switching to more-expensive-to-operate helicopters. Unfortunately, the DNR doesn’t have permission from the U.S. Forest Service, which manages the wilderness area, to use helicopters for fish stocking over the BWCAW. This means no BWCAW stream trout lakes were stocked this year. Persons said it may take a couple of years to get the permission to use helicopters and resume BWCAW stocking.

Some remote trout lakes receive little fishing pressure and may be visited by only a few parties per years. Should stocking be discontinued in such lakes? Persons said that’s a difficult decision, because those lakes offer the highest quality fishing for big fish. As such, they are an important facet of the overall stream trout lakes program. At other lakes, access trails have been overtaken by brush, making it difficult for anglers to reach the lakes. The Forest Service cleared some trails last summer, but Persons said going forward he’s hoping to work with volunteers from angling organizations to keep the trails open. Many trails to trout lakes are not “official” accesses, so the cash-strapped DNR and Forest Service are reluctant to add them to their existing trail lists.

A popular aspect of the trout lake program is the stocking of catchable-sized yearling rainbow trout in easily accessed lakes that receive a lot of use, especially during the summer, including by families and folks fishing from shore. Persons plans to restore the stocking cutbacks that occurred on some of those lakes. Pine (Trestle Pine) will be stocked with rainbows this spring and he hopes to return rainbows to Esther Lake in the future. Rainbow yearling stockings were increased for Trout Lake last spring. At Mayhew Lake, rainbows will be stocked instead of brown trout.

“Climate change is a concern for our native lake trout, but so far the lakes where they exist are holding up,” Persons said.

Lake trout, indeed all trout, must have cold, oxygenated water available during the hottest weeks of summer. Lakes with native lake trout are generally deep enough that a significant amount of cold, oxygenated habitat is available. However, Persons said two of those lakes, Trout and Greenwood, are beginning to lose that habitat during hot spells. This may mean these lakes will support fewer lake trout in the future. In Greenwood, Persons said only the main basin retains lake trout habitat during summer heat, even though deep water exists in the arms and bays.

In a state dominated by walleye angling, where stocking programs for walleyes and muskies are seemingly endless fodder for discussion by the State Legislature, it is easy for trout fishing and stocking programs to slip through the cracks. The designated trout lake program is largely centered in the northeast, specifically in remote and lightly populated Lake and Cook counties. While trout lakes are distant from the state’s metropolitan corridor, this by no means diminishes the popularity of summer and winter fishing on them, nor the trout fishing traditions of the North Shore. 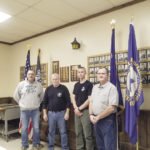 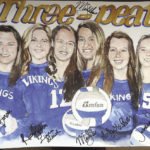