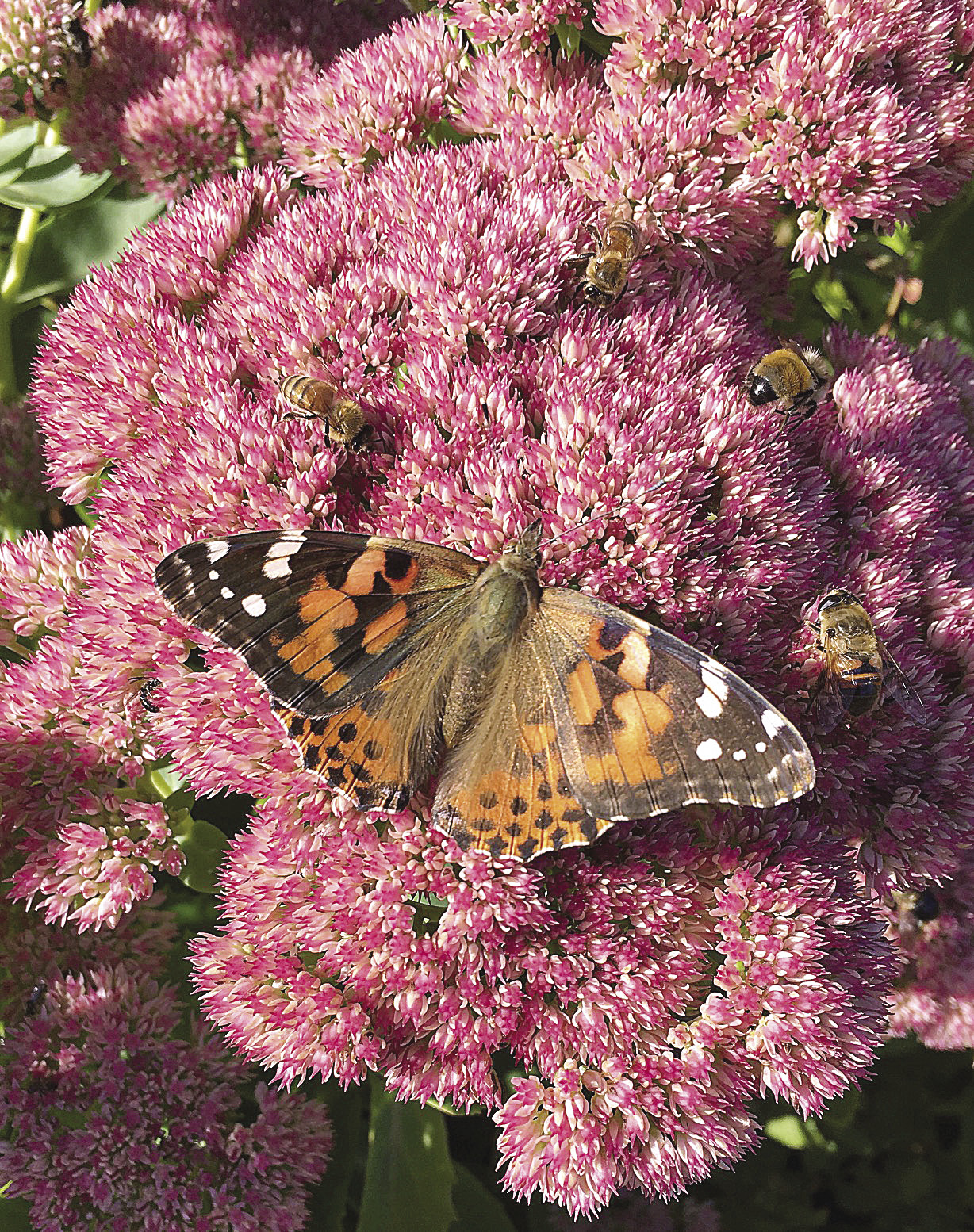 When Maryl Skinner, of Grand Marais, happened upon some caterpillars on her milkweed plants last summer, she was thrilled. She knew that she had to do something to help their chances of becoming monarch butterflies. Skinner has always loved butterflies and had hoped to, someday, have the chance to help with one of nature’s greatest miracles. In July of 2017, she had her chance. Although she wasn’t prepared with a home for them at the time, it didn’t take long for Skinner and her husband, Denny, to create one.

To make a home for the larvae, they cut out the bottom of a laundry basket and inverted it so they could convert it into a “nursery”. Filling it with milkweed twice daily was also a must, as it is the only plant that monarch larvae feed on. Then, to keep them clean and dry, newspaper was added to their temporary home as well.

“…Tending these amazing creatures has transformed me into a mesmerized monarch mama. You could not make this stuff up. Seriously, they soupify themselves, trade in their yellow, black and white stripes, sprout wings with exquisite deep orange and black markings, then fly off to one small area in Mexico by genetic GPS? They have no seasoned navigators to lead the way,” she wrote.

According to University of Minnesota Monarch Larva Monitoring Project (MLMP), North American monarchs migrate up to 3,000 miles in an annual flight from their summer breeding habitat to wintering grounds. So, it does seem that it was a good idea for Skinner to take the caterpillars under her wing. In 2010, monarchs were included on the “Top 10 to Watch” list. This list is maintained by the World Wildlife Fund to highlight species that are thought to be in need of close monitoring and protection.

This summer, Skinner hopes to have a similar monarch experience.

David MacLean and his wife, Bonnie, are both entomologists living in Cook County. For those unfamiliar, simply put, an entomologist is a scientist who studies insects such as the classification, life cycle, distribution, physiology, behavior, ecology and population dynamics. After completing their Masters and Ph.D. degrees in Entomology, they moved to Boardman, Ohio where David took a job as an Assistant Professor of Biology at Youngstown State University. MacLean retired as Professor Emeritus from YSU in 1998 and the couple moved to Devils Track Lake, more than 20 years ago. They first visited the North Shore on their honeymoon in 1964 and returned many times over the years with their two children. Since moving to the North Shore, they have undertaken numerous insect inventories.

The MacLean’s, along with fellow entomologists Ron Huber, Kyle Johnson and Robert Dana of the Minnesota DNR, have all contributed a great deal to the knowledge of Minnesota butterflies and moths, especially those found along the North Shore.

This year will be the 20th year that the MacLean’s have been involved with an annual Cook County butterfly count. This year, the count will take place on Saturday, July 14.

MacLean pointed out that the major factors in the annual abundance of butterflies is habitat, life history, larval host plants, population cycles, pesticides, fire and land use practices.

“Many species of butterflies undergo population cycles where they are common to abundant some years, followed by years when few or none are seen,” he wrote. “The common Mourning Cloak and Compton’s Tortoiseshell are good examples of species that undergo such population cycles. After years of abundance, natural enemies such as parasitoids, predators and viruses build up and cause butterfly populations to crash.”

Another very notable factor in the mortality of butterflies is weather.

“A cool wet spring will retard the emergence of adults and no doubt decrease their numbers. Weather conditions hundreds of miles to the south and west of Minnesota can also play a role in which butterflies we see on the North Shore,” he wrote.

Since the weather cannot be controlled, those who want to help sustain the population of butterflies in the area can do so by ensuring a proper habitat. Planting common milkweed, along with native plants and flowers, definitely helps.

Shoreview Natives, a company based in Two Harbors, specializes in “designing and installing gardens featuring locally and regionally-native plant species including flowers, grasses, sedges, shrubs, and trees.” The company will also be at the Duluth Monarch Festival selling milkweed and other native pollinator plants, all from locally collected seeds.

This year, the festival will include information tables from the Northeast MN Beekeeper’s Association, Wild Ones, Master Gardeners and the Duluth Garden Flower Society. For the kids, local artist Laural Schultze from “Lauralloons Balloon Twisting” will be creating caterpillar and butterfly masterpieces. There will also be mini-sessions covering nature photography, creating a butterfly garden and the “Monarch Highway”.

This fun-filled event is $5 for adults and kids 12 and under are free. For more information, find the “Duluth Monarch Buddies” on Facebook. 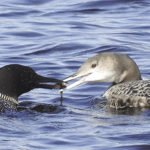 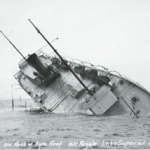