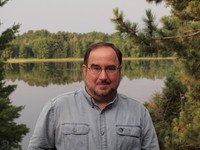 Hunters don’t often think about it, but today’s whitetail country ain’t your Daddy’s deer woods. Whitetails are everywhere, from the backyard to the backwoods, often in extraordinary abundance. America now has 30 million deer—far, far more than there were in Daddy’s day. For hunters, the management of burgeoning deer numbers leads to an ever-growing array of hunting opportunities. For just about everyone else, more deer means more problems, including crop damage, car crashes and the spread of disease.

A new book, Deerland, America’s Hunt for Ecological Balance and the Essence of Wildness, (Lyons Press, 2013, $18.95) explores the issues associated with the whitetail in America today. This ain’t your Daddy’s hunting book. With chapters like Inside America’s Deer-Industrial Complex, Why the Mountain Fears Its Deer, The Deadliest Animal in North America and Invasion of the Suburban Cervids, author Al Cambronne has written a definitive work about deer in the early 21st Century.

It’s a fascinating, well-reported story. After reading Deerland, I interviewed Cambronne, who lives in Solon Springs, Wisconsin, via telephone. I learned he is a freelance writer who has mostly written for businesses and has branched into outdoor topics. This isn’t his first book about deer. After taking up hunting as an adult and learning how to process a deer, he wrote a step-by-step book called Gut It, Cut It, Cook It.

“My background writing corporate training manuals allowed me to give a lot of the details not found in other books,” he said.

Cambronne’s new-found interest in deer hunting led him to look more broadly at the relationship between deer and people. Living in Wisconsin, a state where deer hunting is like a religion, much of the story was readily at hand. Deerland includes interviews and information from sources across North America, but much his field work was done relatively close to home.

“In Wisconsin, deer are a big deal,” he said. “Many of my stories about hunting, economics, deer-vehicle collisions and trophy hunting take place there.”

He devotes an entire chapter to Buffalo County, which lies just across the Mississippi River from southeastern Minnesota’s bluff country. Fertile soils allow the county’s bucks to grow trophy-sized antlers. Since the demand for trophy bucks far exceeds the available supply, well-heeled hunters pay premium prices for access to private lands through outfitted hunts and hunting leases. Catering to deer hunters is so lucrative many landowners manage their farmland and forests to produce big bucks, creating a thriving cottage industry based on growing special crops as deer food plots and a booming real estate market.

“I used Buffalo County as a stand-in for all trophy hunting,” Cambronne said. “The hunting subculture there may be foreign to even experienced hunters.”

Not only is it foreign, but for everyone who hasn’t paid one way or another for access to private land, Buffalo County is entirely off-limits. While this represents a shift away from the North American notion that wildlife is a public resource towards the European approach where wildlife is owned by the lord of the manor, Cambronne says our wealth of public land ensures everyone has access to wildlife and hunting. Still, managing private property to benefit whitetails occurs just about everywhere. Artificial deer feeding is common, too.

Manipulating land or the available food to boost deer numbers is fine if you enjoy seeing or shooting them. But there are ecological and social consequences to maintaining abundant whitetail populations. Forests across much of the eastern U.S. are radically altered by browsing deer, which reduce or eliminate understory vegetation and saplings, often at great cost to foresters and landowners. Cambronne visits forests where land managers are trying to restore vegetation after decades of over-browsing or where they are attempting to prevent deer from gobbling up newly planted pine seedlings. In either case, solutions are expensive, time consuming and, when it comes to restoring an ecological balance to an over-browsed forest, may take decades.

Deer also take a toll on other wildlife species. Ever wonder why ruffed grouse hunting isn’t as good as it used to be? Maybe it’s because a growing deer herd has taken a toll on ground-nesting birds such as grouse by destroying the vegetation they need for cover and by eating their eggs.

“A recent Audubon study of the Pennsylvania Bird Atlas showed that during a 20-year period the state’s ruffed grouse range decreased by one-third and was closely correlated with increasing deer populations,” Cambronne said.

A similar situation exists occurs on millions of acres of farmland, where crop damage by hungry deer takes a big bite out of agricultural production. Cambronne goes afield with a USDA wildlife specialist to inspect crop damage in Wisconsin farm fields that provide nighttime dining for deer, bears and raccoons. In Wisconsin, farmers are compensated for deer damage, but not for crop losses caused by other critters, so the wildlife specialist’s job is to identify the culprit and determine the extent of the damage. Deer depredation payments to Wisconsin farmers exceed $1 million annually, even though only a tiny fraction of eligible farms apply.

In America’s suburbs, where population densities can reach 200 or even 400 deer per square mile, the constant interaction between deer and people is not only a nuisance but a menace. People are killed in vehicle collisions with deer, annually averaging 150 fatalities, more than 10,000 injuries and insurance payouts of $3.8 billion. However, this pales with the devestation wrought by Lyme disease and other tick-borne illnesses, all of which have infection rates that closely correlate with deer abundance.

Wildlife managers have few options to control deer numbers in suburban settings. Deer contraceptives are difficult to administer and ineffective at reducing free-ranging deer populations. The best option is to kill deer, either with hired sharpshooters or license-buying hunters. Cambronne spends time in Duluth, where a sophisticated urban hunting program is keeping deer numbers in check. He joins a hunter in a blind literally on the edge of the city’s downtown, where archers killed over a dozen deer in two years from a tiny backyard at the behest of the homeowners.

Unfortunately, hunting doesn’t work everywhere, especially in places densely populated with people or places where the very idea of hunting is controversial. And, given the absence of natural predators throughout much of the whitetail’s range, regulated hunting may be the only viable control measure. Finding enough hunters to do the job is already a problem in some places and may grow worse if hunter numbers dwindle. Only one thing is certain—barring unforeseen calamity, whitetail deer numbers will continue to grow.

“I’m concerned about the future,” Cambronne said. “This is complex story with difficult questions and no easy answers. With deer numbers going up and suburbs sprawling ever further, some of these challenges will be with us for a while.”