This summer, Minnesota lost the Verso paper mill in Sartell and the Georgia-Pacific hardboard plant in Duluth. Both appear to be permanent losses. The Sartell mill was destroyed by fire and the Duluth plant is being dismantled. They are not the first to go.

Minnesota Public Radio recently reported the state’s forest industry has lost six mills in the last five years–a stunning swing of the timber harvest pendulum. Just five years ago the state was faced with an aspen shortage as industrial demand exceeded the available supply of this common tree. Stumpage prices for logging sales soared as competing companies outbid one another to secure the raw material for their operations.

Then the housing market collapsed. Demand for Minnesota-made building products dried up. Plants first cut back production and then started closing their doors. Across the northern forest, timber that was fetching record prices just a couple of years before now went begging for buyers.

The effect of the forest industry downturn rippled through the northwoods economy. The plant closures were hard blows for the communities that depended upon them for employment and economic stability. People lost jobs. Main street businesses shut their doors. The pendulum completed its swing.

Out in the woods, trees continue to grow. Northern Minnesota’s forest is relentless. Vigorous saplings pop up in any cleared area, quickly starting a new forest. This cycle of renewal is the forest’s response to disturbances ranging from natural events such as wild fire and wind throw to human activities such as timber harvest. As most hunters know, the various stages of the forest regeneration provide changing habitat for wildlife.

Most game species prefer a young forest. Ruffed grouse are associated with 10- to 20-year-old aspen stands. White-tailed deer thrive in the dense, brushy growth of young forests. Along waterways, regenerating aspen provides beavers with a wealth of good eats. Moose are attracted to large openings created by fresh disturbance. As the forest ages, trees grow larger and their canopy shades out the undergrowth. Less food and cover is available for game species.

Not so many years ago, during a prior pendulum swing, mature forests covered much of northern Minnesota, creating a conundrum for wildlife managers who wanted to increase the abundance of game species. In the late 1970s, there was little market for aspen, so wildlife managers hired contractors to bulldoze mature aspens to create wildlife openings. The deer population was so low many hunting units were restricted to bucks-only hunting in hopes of protecting does to bolster the herd.

During the 1980s the pendulum swung again. The forest products industry began to utilize aspen and ramped up production capacity to make use of the abundant resource. By the end of the decade, clear-cutting was so widespread some began to wonder if we were overharvesting the forest. During the early 1990s, the state completed a Generic Environmental Impact Statement on the cumulative impacts of timber harvest and forest management, which led to harvesting guidelines and better forest management.

Timber harvest and the industry stayed strong through the 1990s and into the 2000s. It isn’t coincidence that this was a period marked by a record abundance of beaver, deer and wolves in northern Minnesota. The present decline in deer abundance may be related to the swing in the harvest pendulum as well.

What the future holds for northern forests and wildlife is uncertain. The harvest pendulum is bound to swing again, but exactly how or when the timber industry will recover is uncertain. Experts quoted in the MPR story said pulp and paper production will likely continue to be an industry mainstay. New uses are being found for pulp, including making cellulose to produce rayon. It may be years before the demand for building products returns.

Declining timber harvests will lead to less young forest habitat in the foreseeable future and likely somewhat diminished abundance of forest game species. For hunters, this may mean more restrictive bag limits for deer in some hunting units, especially following hard winters. A reduction in beaver numbers would be welcome by the many Minnesotans who contend with nuisance problems, since their present abundance far exceeds the number of trappers available to control them.

While we are growing trees much faster than we are cutting them down, a harvest downturn doesn’t mean we are returning to the forest primeval. While the original forest consisted of vast pine stands and conifers, the forest has changed so much since then we are unlikely to ever return to that original condition. In fact, as the climate changes, so will the forest.

A bigger concern is that less demand for forest products may mean we pay less attention to forest management. We are already seeing staffing and budget reductions in state and federal forestry agencies. Fewer loggers in the woods means we have less capacity to actively manage forests, leaving the woods more vulnerable to insects and disease or unwanted wild fire.

The MPR story mentioned with the closure of the Sartell mill, loggers in the Bemidji area no longer have a market for balsam fir. A logger quoted in the story says his company has some balsam timber sales they likely won’t harvest because they have no place to sell the wood. Balsams are a short-lived tree species prone to die-offs during periodic outbreaks of spruce budworm. Dead balsam burns like gasoline. To say the loss of the Sartell mill will lead to increased fire danger in the Bemidji area is a vast overstatement, but you get the drift. Regardless of timber harvest, the forest’s cycle of renewal continues. And Mother Nature never takes humans into account when she goes to work in the woods. 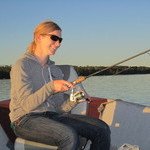 Points North: North Dakota May Be the New Paradise Lost