Memories are so sweet. It was dry the first time my father and I made an October sojourn to the famed prairie pothole region of North Dakota. So dry, there were two-inch wide cracks in the sun-baked bottoms of empty wetlands. The only ducks we saw were unapproachable, resting in the middle of the few remaining waterholes.

This was at the height of the duck crisis a quarter century ago, when conservationists questioned whether the combination of drought and habitat loss would cause lasting damage to North America’s ducks. Waterfowl managers responded to the crisis with shortened hunting seasons and reduced bag limits. Some hunters, in the interest of preserving the remaining ducks, took a hiatus from hunting.

On that first trip, Dad and I switched our attention to abundant upland game birds. Coveys of Hungarian partridge were everywhere. Sharp-tailed grouse were common, although they often warily flushed just out of range. A short drive south of where we were staying, we discovered pheasants aplenty. We banged away with our shotguns and brought home a few birds (emphasis on ‘few’) for our efforts.

Our hunting Shangri-la was Stutsman County. A good friend had told me about this place, saying there was lots of public land in the vicinity of the Chase Lake National Wildlife Refuge as well as unposted (thus open to hunting) private ground. Stutsman County was everything he said it would be.

Chase Lake became the flagship of the North American Waterfowl Management Plan, an international effort launched in the 1980s to protect and restore the continent’s waterfowl populations. If there was any place where ducks could proper, this was it. The prairie landscape was dappled with potholes amid seemingly endless grasslands and pastures. Because it was prone to erosion and poorly suited to row cropping, much private land was enrolled in the Conservation Reserve Program. The duck factory was ready to go into production. All Mother Nature had to do was add water.

When water returned to the prairie, so did the ducks; in nearly unimaginable numbers. We had excellent hunting and little competition from other hunters. Such good things rarely last. Within a couple of years we began seeing lots of hunters from Minnesota and Wisconsin. No trespassing signs blossomed like prairie flowers on private land. Since we enjoyed hunting pheasants more than ducks, we moved on.

Although it’s been years since I hunted in Stutsman County, many happy memories remain. That’s why I felt empty inside when I read a June 16 story in the Washington Post titled “The Enormous Threat to America’s Last Grasslands.” According to the story, between 2005 and 2015, 160,000 acres of grassland in Stutsman County were plowed up and converted to row crops. In just six years, North Dakota lost one-half of its CRP acreage.

Midwestern hunters and others who appreciate the prairie’s wild side are all-to-familiar with the story. During the past decade, increased demand drove up commodity prices, making it more lucrative for landowners to plant corn and soybeans rather than idle their lands in the CRP program. At the same time, Congress ratchetted back CRP funding and reduced the scale of the program.

As the grasslands disappear, so does prairie wildlife. According to the Post, “Regionwide, between 2006 and 2011, North Dakota, South Dakota, Nebraska, Minnesota and Iowa combined lost more than 2,000 square miles of grass-dominated land—a habitat loss rate equal to that of high-profile deforestation rates in Brazil and Malaysia, according to a 2013 study from South Dakota State University.”

While marked declines in duck and pheasant hunting may be the most obvious result of landscape-level habitat loss, there are perhaps more important ecological consequences. The Post reports grassland birds are among the fastest declining groups of birds. North Dakota is also home to 600,000 of the nation’s 2 million registered beehives, which are used to pollinated crops in California and other places. As the landscape has changed to a row crop monoculture, beekeepers have noticed a greater rate of bee mortality. Since CRP is intended to control soil erosion, returning idled lands to row crop production certainly adds sediment to our waterways and dust to the air. There is also the increased use of pesticides and fertilizers on the new cropland.

While it is fair to say that we can’t base private land use decisions on providing good pheasant and duck hunting, the ecological benefits of maintaining vast grasslands on the landscape are impossible to ignore. In recent decades, CRP has been the best mechanism to accomplish this goal. Unfortunately, the program has not stayed economically competitive with rising commodity prices, nor has Congress chosen to make grassland conservation a national priority.

The future of our prairie grasslands is truly up to Congress, which not only controls the scale and funding for conservation programs, but also subsidizes all other aspects of large scale agriculture. Currently, Congress is placing a far higher priority on commodity production than land and water conservation. For the sake of healthy lands and waters, politicians need to strike a better balance.

Portions of the conservation community seem to be fiddling as Rome burns. While we are hearing plenty about the threat of Congress selling off western public lands, which might happen at some point in the future, the ongoing  destruction of grasslands seems to be hardly more than a side note to the national conservation agenda. Even the hunters who have seen the quality of bird and deer hunting quickly decline during the past decade seem unable to make the obvious connection between habitat loss and their diminished success.

The disconnect seems to begin at the top. Even though we are arguably one drought away from the next duck crisis, waterfowl managers continue to offer liberal hunting seasons and bag limits. Since the prairie pothole duck factory is slowly shutting down, maybe liberal hunting rules are simply a means to conduct an inventory (ducks) reduction. Or maybe nobody really cares. 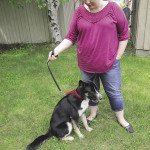