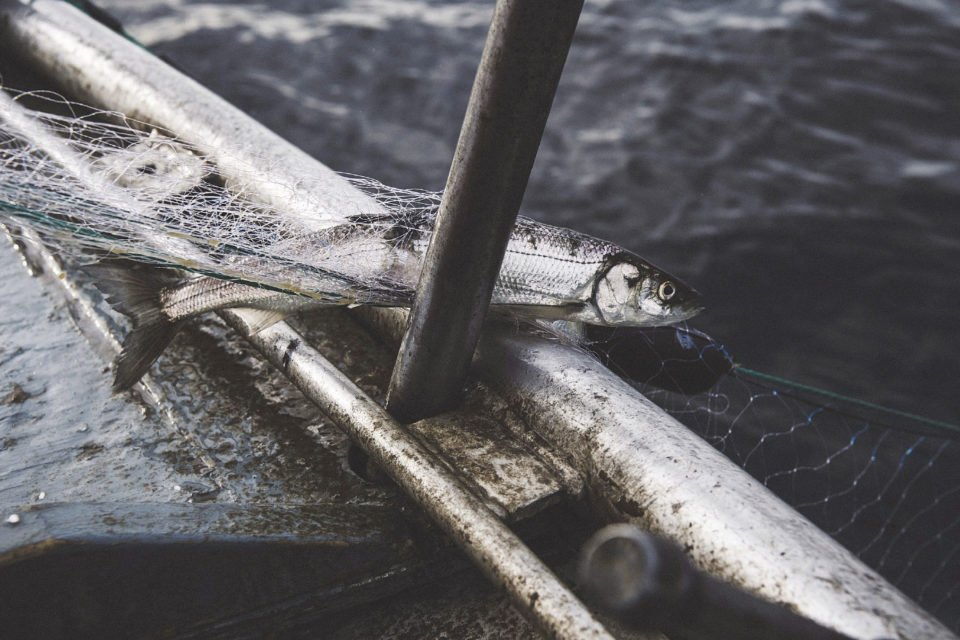 Herring from Lake Superior is a staple of local fish cookery. | VIC CAMPBELL

Early settlers to the North Shore were predominantly Scandinavian, and many depended on the bounty of fish in Lake Superior for both income and sustenance. Fish caught in large quantities needed to be preserved. Fishermen would salt fish and pack them in barrels; these fish would be sold and transported by ship. The smoking of fish was done to preserve fish. The tradition of making fish cakes in this area has a distinct Scandinavian flair and is related to the abundance of freshwater herring. Generations of area families have passed on their treasured fish cake recipes. These recipes are often closely guarded secrets and sometimes the subject of intense competition between neighbors.

Two businesses with multi-generational connections to commercial fishing and smoked fish are Russ Kendall’s smokehouse in Knife River and the newly formed The Fisherman’s Daughter in Grand Marais. Kathryn Nelson-Pedersen of Grand Marais generously shares fish cake making secrets and anecdotes about the importance of fish cakes in her family and that of her husband, Mark Pedersen.

Gordy Olson is a third-generation co-owner of Russ Kendall’s Smoke House in Knife River, having married Russ Kendall’s daughter Kristi. Their son Cody is actively involved in the business, and the fifth generation is already running around. Kristi’s grandfather, William Kendall, was a railroad mechanic who was familiar with Knife River, as there had been a logging railroad spur in the area. William got involved with renting boats; he began smoking fish in 1908. They use the same methods to smoke the fish as William did then, methods that were passed on to him by an Anishinaabe friend.

The Kendalls use a three-day process to prepare their fish. On the first day they soak the fish in a salt-water brine. On day two they smoke the fish using a hot smoking process that takes about 10 hours to complete. The third is chill day, where the fish are placed in a cooler.

At the store, they focus on selling products that were important to the lives of the Anishinaabe; in addition to their fish, they sell wild rice and maple syrup. Throughout the years, much has changed within the business. Family members no longer load their wares in cars to peddle to bars and businesses. Food safety standards require much more documentation. Their recipe, and the skills to implement it, is passed from generation to generation.

Abby Tofte has the multi-generational pedigree. She is descended from the original settlers of Tofte, John and Andrew Tofte and Hans Engelsen, who married Andrew Tofte’s sister Johanna after an early life of adventure that included working on the ship that brought the Statue of Liberty to New York. The town name came from the area he had lived in Norway. Evidently, they chose that location to settle because Carlton Peak could be seen clearly, giving them an easily identifiable landmark while they were in their fishing boats.

When Dockside Fish Market was left without a proprietor late last year, Abby, owner, along with her husband Sam Hedstrom, of The Big Lake in Grand Marais, was immediately interested because of her family ties to the commercial fishing industry. She and Sam, along with Kate and Jeremy Keeble of the Hungry Hippie Hostel and Hungry Hippie Tacos, jumped at the chance to get involved. Their mission is to promote what they call herring heritage. Essentially, they wish to honor the heritage of commercial fishing in the area and to elevate the status of, as Kate says, “the misunderstood fish.” Herring was a staple of the commercial fishing in the area. They also wish to support and promote the work of local fishermen Eric Brisson, Tyler Smith and Zach Smith, who took over after Harley Tofte retired.

While they have had to downsize their plans due to the Covid-19 outbreak, they have re-opened the restaurant—now called The Fisherman’s Daughter—with the Dockside classics, such and fish and chips, as revised by Kate’s culinary imagination. As she works to expand the menu, one of her goals is to feature herring in as many ways as possible. Rumor has it they will be debuting a herring sandwich in the near future.

They initially had planned to develop their own brines and smoke fish, but the delays caused by the pandemic put those plans on hold for now, though their smoked herring dip is made from maple syrup brined herring smoked by Jeremy. They are currently selling smoked fish produced by Everett’s Fisheries of Port Wing, Wisc. Everett’s is another multi-generational family-owned business that does their own fishing on Lake Superior and uses a salt-brined process that has been passed down for many generations.

The Fisherman’s Daughter also plans to re-introduce traditional fish cakes after they are able to open the retail portion of the business. They currently sell a non-traditional version that is prepared more like a crab cake that they have named the North Shore Nug. It is made from herring and includes onions, scallions and dill.

Kathryn Nelson-Pedersen’s great grandparents emigrated into this area on her father’s side of the family. When her mother married into the family, it was incumbent upon her to learn to make fish cakes. The Nelson’s celebrated their Norwegian heritage, and fish cakes were a prominent part of Kathryn’s life from an early age. They were eaten at Christmas, at church, and at family gatherings.

When Kathryn married Mark Pedersen, whose family used to own and operate the East Bay Hotel, she had to navigate the uneasy waters of rival fish cake recipes. The Pedersens featured their fish cakes at the restaurant at the East Bay Hotel. Kathryn says that her current recipe is a hybrid of the two family recipes.

Kathryn was willing to share some secrets about the process of making fish cakes. She starts with skinless herring filets. These are put through a meat grinder. Minced onion is added, and the fish goes through the grinder a second time. She then adds a combination of evaporated milk and half and half. Melted, and cooled, butter is added along with eggs and some spices. This mixture is beaten for quite a while. Lastly, salt is added, and this mixture beaten until it thickens enough to pull away from the bowl. The mixture is fried in a skillet with oil. If the mixture was prepared properly, the cakes should puff up a bit when fried.

Kathryn says that after her father passed away, they made 500 fish cakes for the memorial dinner.

Also worth noting is Lou’s Fish House in Two Harbors, offering it’s “world famous” smoked-fish and shrimp, as well as cheese and ice cream. Originally owned by Lou Sjoberg, the store is now owned by Ashleigh Swanson and offers everything from smoked sugar lake trout and smoked whitefish, to smoked Cajun salmon and honey salmon, smoked herring, and peppercorn salmon. They also offer fish platters with artisan cheeses and crackers. Lou’s Fish House is open seven days a week, from 10 a.m.-7:30 p.m. (and until 8:30 p.m. Thursday through Saturday).

The heritage of the North Shore is centered around the Big Lake, and those who lived here in those early days relied on fish for survival and income. We are the beneficiaries of that heritage and the recipes that have survived for generations. 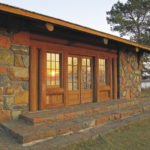 Classic stonework a legacy of the CCC 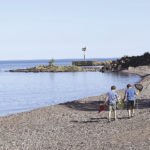