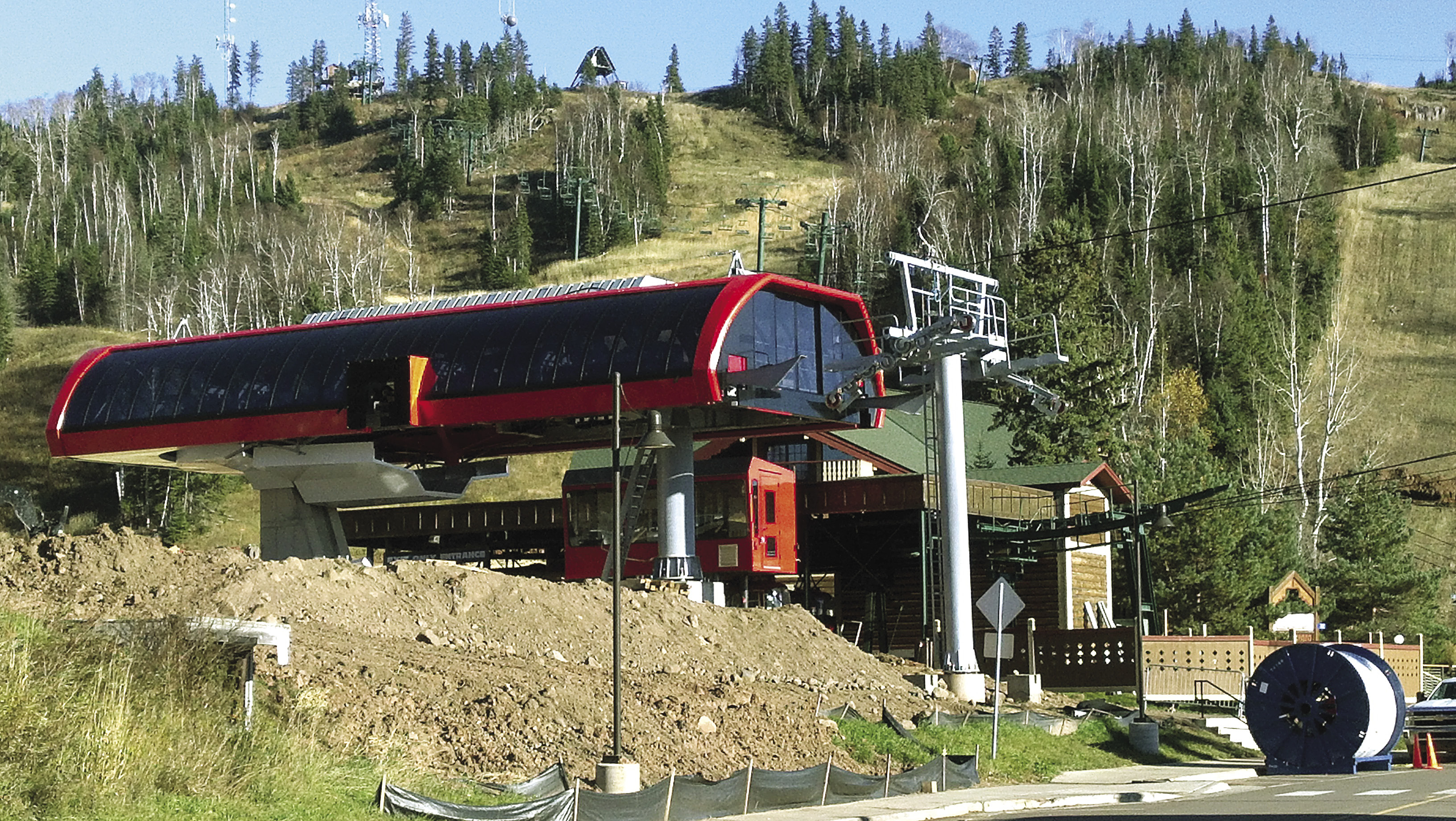 A new drive terminal was installed for the new gondola lift. |Submitted

Lutsen—There’s only one ski gondola in the Midwest. And its recent upgrade is about to take Lutsen Mountains to a whole new level.

“We outgrew the capacity of the old gondola,” said Jim Vick, sales and marketing director at Lutsen Mountains. “The old gondola carried 300 people per hour. The new one can carry 1,000.”

Eventually, Vick continued, rider capacity will increase from 300 to 2,400 people per hour this winter with the new lift.

Crews at Lutsen Mountains broke ground earlier this year on the new $7 million Doppelmayr gondola, which became operational in mid-November.

And while the gondola will be open for the 2015-16 ski season, its function won’t be confined to the winter months. The gondola will be incredibly valuable when snow conditions are appropriate for skiing and snowboarding, Vick said. However, it will also be an asset for weddings, motor-coach tours and sightseeing.

Included with the red-car gondola were 11 steel towers that required air-lift installation from a helicopter onto Moose Mountain at the resort. This took place in September and was a smooth process, though it was highly technical.

The addition of the new gondola is part of a 10-year, $25 million transformation that aims to evolve Lutsen Mountains into a state-of-the-art ski destination, Vick said. The addition of the new gondola was the focal point of the expansion, which was announced last December by resort co-owner Charles Skinner, who has the lofty goal to double the resort’s skiable acreage, if his plans are approved by officials with the Superior National Forest (SNF). Lutsen owners and management have expressed interest in expanding the resort onto 400 acres of land that is now part of the SNF.

Doppelmayr, an Austrian company that manufactures chairlifts, cable cars and gondolas, is the largest lift manufacturer in the world. To have such a quality product in Minnesota will continue to elevate Lutsen as the premier ski destination in the Midwest, Vick said, as it is the only such gondola in the region.

“Similar lifts are found in the Alps, Rocky Mountains and Andes,” he noted.

In addition to the purchase and installation fees of the gondola, the multimillion-dollar project involved building a new beginner ski slope at Lutsen and a remodel of a restaurant kitchen at Eagle Ridge Resort, a sanction of Lutsen Mountains. The restaurant’s kitchen needed to be updated to handle increased traffic created by the gondola, Vick noted.

“The gondola is designed to expand with our business and is a strategic part of our long term plan,” Vick said.

“That lift will be retired,” Vick said. “We will sell the old gondola cabins individually this fall as mementos.”

Lutsen features 95 runs for skiing/snowboarding and is widely recognized as one of the most popular tourist destinations along the North Shore. It is located on Ski Hill Road off Highway 61. 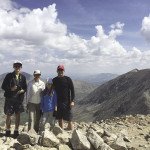