According to the Guinness Book of World Records, the largest snowflake ever recorded was 15-inches wide by 8 inches thick. It fell during a snowstorm on Jan. 28, 1887 at Fort Keogh, Montana and was witnessed by soldiers. As the story goes, a nearby rancher measured the giant snowflake, calling the storm’s snowflakes, “larger than milk pans.”

A snowflake is a single ice crystal or clusters of ice crystals that fall from a cloud when the cloud’s microscopic water droplets freeze. As these newly-formed snow crystals tumble down and pass through different air temperatures, wind patterns and humidity levels, the snowflakes form into unique hexagonal (six-sided) shapes, or on rare occasions, 12-sided. Researchers have classified more than 35 distinct types of snowflakes, most being 0.5 inches (1.3 cm) wide, but sometimes two to four inches or more have been reported.

We’ve all heard that no two snowflakes are alike, but is it true? I asked Dr. Kenneth Libbrecht, a professor of physics at California Institute of Technology in Pasadena, and a snowflake scientist who grew up on a farm west of Fargo, North Dakota. He has studied snowflakes for years, grows ‘designer’ snowflakes in his California lab and is the author of The Snowflake: Winter’s Secret Beauty.

“It is highly unlikely that two crystals would follow precisely the same path as they tumble through the clouds. I found some looked somewhat similar, but the ‘identical’ snowflakes I grow in the lab are much more similar. I grow stationary crystals in the lab so they experience almost identical conditions. And I change the temperature and humidity levels quite a bit as I grow the crystals, which can take more than an hour.”

Earliest records on snowflake study go back over 2,000 years to ancient China, beginning with scholar Han Ying who wrote in 135 B.C., “Flowers of plants and trees are generally five-pointed, but those of snow are always six-pointed.” About 525 A.D., Chinese poet Prince Hsiao Tung mentioned “six-petaled” snowflakes in a poem and 12th century medieval Chinese philosopher Chu His wrote, “…snow is condensed into crystal flowers, these are always six-pointed.”

But it wasn’t until 1885 when an American farmer named Wilson A. Bentley (1865-1931) in northern Vermont took the science to a new level. In 1885, he took the world’s first photograph of a single, unique snowflake with a self-made camera attached to a microscope. He became known throughout the world as the “Snowflake Man,” photographing over more than 5,000 snowflakes in his lifetime, 2,000 of which appeared in his book Snow Crystals. He poetically described snowflakes as, “tiny miracles of beauty” and snow crystals as, “ice flowers.”

Over in Japan in 1936, Ukichiro Nakaya (1900-1962), a nuclear physicist studying snowflakes on the island of Hokkaido, became the world’s first scientist to create an artificial snowflake and developed the first system to classify snowflakes. The Ukichiro Nakaya Museum of Snow and Ice is located in his hometown of Katayamazu, Japan.

Now, what about that 15-inch record-breaking snowflake—how did it get so big? According to Libbrecht, “This record refers to a large ‘puff-ball’ snowflake, which is actually a lot of individual snow crystals stuck together. These puff-balls form when the temperature is warm and the crystals collide and stick together as they fall.”

Even after studying snowflakes for years, there are still mysteries about snowflakes for Libbrecht. “No one quite understands still why snowflakes look like they do. Especially puzzling is how the crystal growth varies with temperature. I am still trying to figure out details.”

The easiest way to photograph a snowflake, says Libbrecht—who has snapped over 10,000 snowflake pictures and taken more snowflake pictures in the northern Ontario town of Cochrane than any other place—is using an inexpensive ‘macro’ photo lens attachment (available online for about $10-$20) clipped on your smartphone.

And Ken’s advice for the best way to look at snowflakes? “Get a cheap magnifier and just go outside to see what there is to see. You will not see great crystals every day and each snowfall is different. But sometimes, there are some beautiful crystals falling, waiting to be found.” 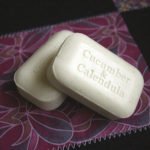