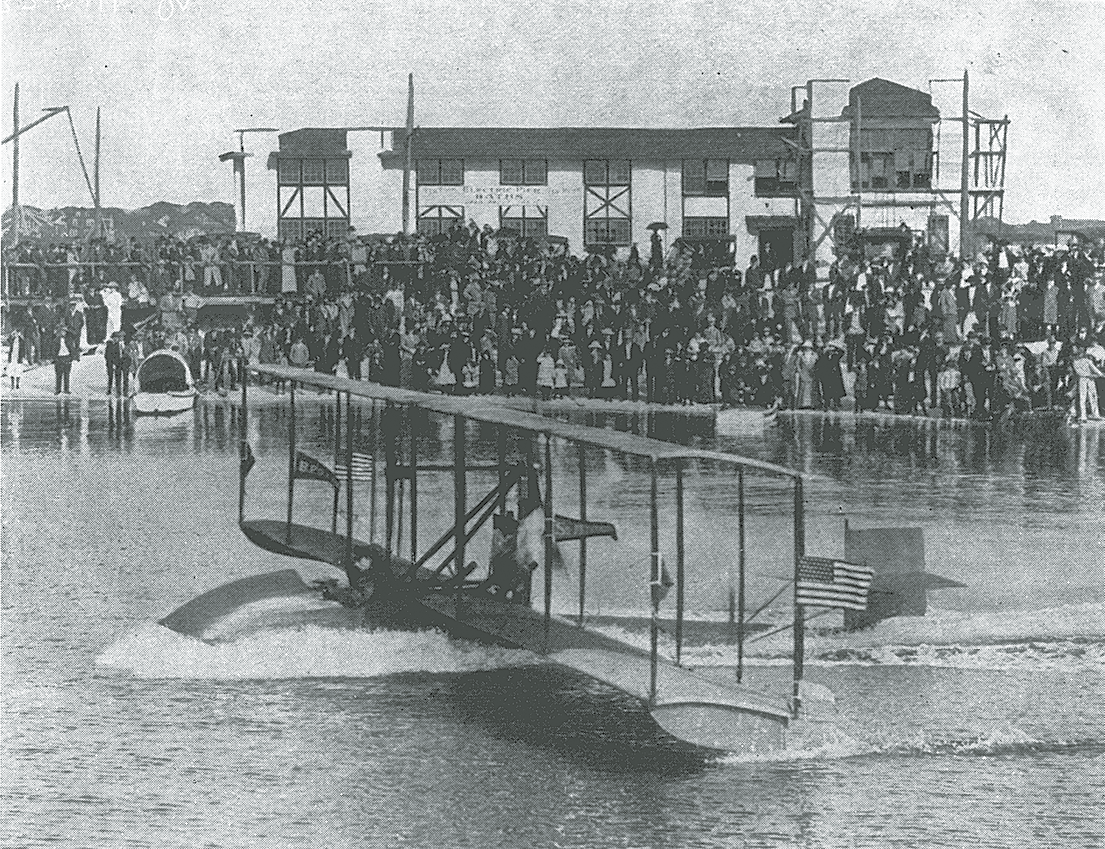 A Benoist XIV flying boat—Lark of Duluth—on Tampa Bay begins its takeoff run for the first flight by a scheduled airline in history, flying for the St. Petersburg-Tampa Airboat Line, which operates between St. Petersburg and Tampa, Florida. | WIKIMEDIA

Did you know the inaugural flight of the world’s first regularly scheduled airline flight had a strong Duluth connection?

In June of 1913, the biplane had been purchased by Barnes for $5,000 from the St. Louis-based Benoist Aircraft Company and shipped by rail to Duluth to be featured in the Lark O’ the Lakes Carnival as “Air Ship flights.” This was less than a decade after the first powered flight by the Wright Brothers on December 17, 1903.

Barnes said in 1954, “It was in 1913, before World War I, I brought to Duluth from St. Louis a biplane flying boat which we christened the Lark of Duluth. There were no flying fields in the country so a water surface was necessary and we stationed it at the Boat Club on Minnesota Point.” (Lark of Duluth, Duluth Aviation Institute website).

The Benoist XIV ‘flying boat’ Lark of Duluth was built in St. Louis and was painted green with 35-foot white wings, and an open cockpit with side-by-side space for a pilot and one passenger. The hull was made of three layers of spruce with fabric between each layer. Powered by a 75-hp six-cylinder two-cycle Roberts engine, it launched from water and reached a top speed of 6 mph. The Lark of Duluth was the first of only two Benoist XIV manufactured by the Benoist company.

Once the biplane was in Duluth, Barnes took the first flight on the Lark with Tony Jannus, soaring underneath Duluth’s Aerial Lift Bridge before heading out to the open waters of Lake Superior. It would be Barnes first and last flight, as his bankers felt it was too risky to have him fly (he owed the bank money); Barnes then transferred management of his biplane to business partner W. D. Jones. Throughout the summer of 1913, the Lark of Duluth continued to carry passengers, using the Duluth Boat Club as its base.

Once the summer season ended, Tony and his older brother Roger Jannus convinced Barnes to let them modify the Lark of Duluth and ship it by rail to St. Petersburg, Florida where the founder of the Benoist Aircraft Company Tony Benoist and Florida businessman Percival E. Fansler formed a new company, the St. Petersburg-Tampa Airboat Line, with a vision to offer a regular scheduled passenger service. Their plan was to fly between St. Petersburg and Tampa, using the two Benoist Model XIV biplanes, the Lark of Duluth and Florida, and hiring the Jannus brothers as pilots. Passengers (one per flight) would pay $5 for the one-way 22-mile (35 km) flight across Tampa Bay, lasting about 18-23 minutes.

With a crowd of 3,000 watching, the Lark of Duluth started the flight at 10 a.m. to Tampa, piloted by Tony. The passenger was former St. Petersburg mayor Abraham C. Pheil, who had paid $400 at a charity auction for the ticket.

At the time of launch, Fansler said, “What was impossible yesterday is an accomplishment today, while tomorrow heralds the unbelievable.”

The last official flight of the Airboat Line was on May 5. During its four months of operation, the airline had carried over 1,025 passengers and freight like ham, bacon and bundles of newspapers for St. Petersburg Daily Times.

In the summer, Roger took the Lark of Duluth for the 1914 Lark O’ the Lake Carnival, plus flying passengers. Then, in August 1914, he purchased the biplane from Barnes and took the biplane on tours in several U.S. locations. It all came to an end in San Diego, California, when the Lark was damaged in a hard landing by another pilot and reported to be unsalvageable; mystery still continues as to its whereabouts.

Tragically, two years later in October 1916, the Lark’s history-making pilot Tony died after his plane crashed in the Black Sea due to engine failure while training Russian pilots. Then in 1918, his brother Roger died in France when his de Havilland-4 burst into flames in midair while he was flying for the U.S. Signal Corps in World War I. As for Barnes (1873-1959), he became nationally known for his businesses, public service and business interests, including president of the McDougall Duluth Company building ships and the Barnes-Duluth Shipbuilding Company. However, according to news reports, when he died in April 1959 at age 86, he had lost millions, lived in Duluth’s Holland Hotel and was almost penniless, leaving a small estate to his brother. 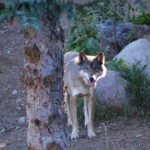 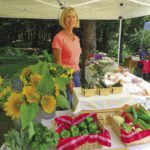 Putting Local Food on the Menu