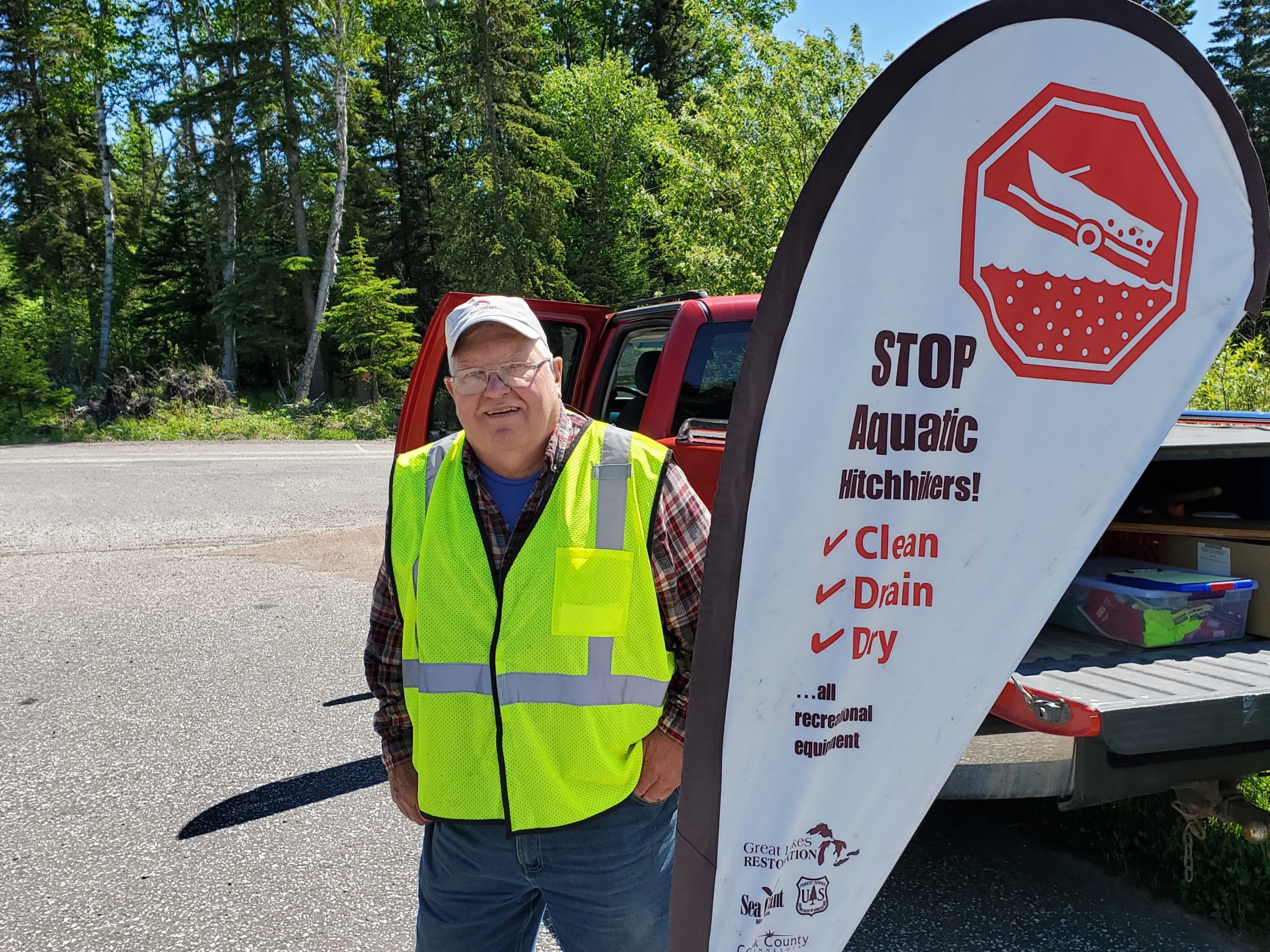 Leroy Johnson is one of three inspectors in Cook County this summer. | SUBMITTED

When you are launching a boat in Lake Superior or an inland lake, you may encounter a friendly individual who saunters over to ask a few questions about your boat and trailer. Actually, that friendly individual is interested in what may be hitching a ride on your rig—aquatic invasive species such as spiny water fleas, zebra mussels or rusty crayfish. The hope is to prevent these stowaways from entering waters where they are presently not found.

Amanda Weberg, Aquatic Invasive Species coordinator with the Cook County Soil and Water Conservation District, says there are three inspectors in Cook County and three in Lake County this summer. They move around to various public launch sites. In past years, there were also volunteer inspectors from various lake associations, but that portion of the program is on hold due to Covid-19 concerns.

Aquatic invasive species may be found in livewells or bilge water, which is why Clean, Drain and Dry is the program’s slogan. Inspectors check to make sure drain plugs have been removed and livewells emptied of water before a boat enters or after it leaves a lake. They may look for bits of aquatic vegetation stuck to boats or trailers or even zebra mussels attached to boats. If they find something, they can verbally deny access or notify appropriate authorities. The main goal of watercraft inspections is to change boater’s behavior to do the prevention methods even when an inspector is not at the landing.

On the North Shore, actually discovering a hitchhiking invasive is rare, but inspectors can have a friendly conversation about the risks they pose to local waters. They can also inform boaters about the free boat wash service available at Rockwood Lodge on the Gunflint Trail. And the inspectors have been having lots of conversations.

“The first three weeks of the season were a lot busier at the landings than previous years,” Weberg said. “Everyone has been compliant and very positive about the inspections.”

While the North Shore has been largely spared from introductions of aquatic invasive species, a number of species have been documented in Lake Superior. They are mainly found in the big lake’s warmer bays and estuaries, rather than the cold waters of the North Shore. One exception is the spiny water flea, which has been discovered in some Cook County lakes. Another invader found in a few Cook County lakes is the rusty crayfish, which can become overwhelmingly abundant.

Weberg believes the inspections program, which has been in place since 2016, is working to slow the spread of aquatic invasive species. The conversations boaters have with inspectors raise their awareness and encourage them to take the steps necessary to rid their watercraft of unwanted aquatic hitchhikers.

“People don’t want to see these things spread in our lakes,” said Cook County inspector Leroy Johnson. “I tell them the lakes up here are clean and we’d like to keep them that way for our kids and grandchildren.”

Overall, less than eight percent of Minnesota’s 11,000 lakes are infested with aquatic invasive species. Discoveries of new infestations and new species have slowed in recent years, likely due to statewide preventive efforts such as boater education, watercraft inspections and watercraft decontamination sites. The program is funded by state aid distributed to counties under a program created by the Minnesota Legislature. 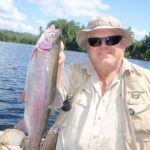