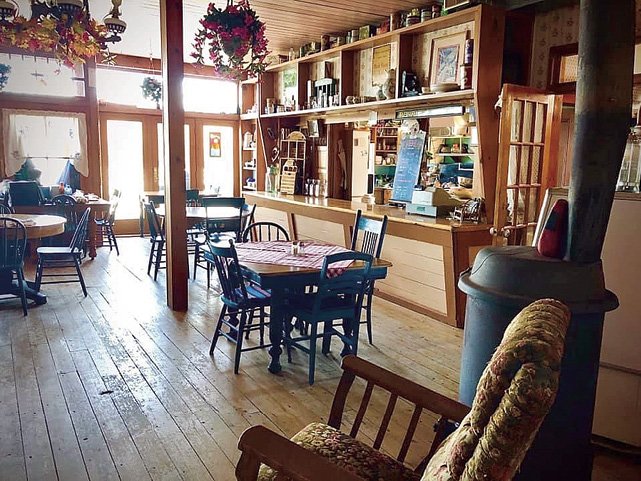 Visitors will once again be able to enjoy a cinnamon bun in the renovated Tea Room. | SUBMITTED

They’ll be carrying on the Saxberg family legacy that began in 1985 when the family purchased the historic but dormant store, renovated it and re-opened three years later, developing it into a popular gathering place for residents, campers, boaters, paddlers and tourists from all over the world. In 2015, the store closed due to family health reasons. But this summer, the iconic landmark store—which first opened in 1871—is ready to welcome everyone again.

Silver Islet is situated at the end of Sibley Peninsula, adjacent to Sleeping Giant Provincial Park. Silver was discovered here in 1868 and in 1870, the Silver Islet Mine became operational on a 90-square-foot rock island, three-quarters of a mile offshore in Lake Superior. For 14 years, it was the world’s richest silver mine (1870-1884). At the height of its operations, the mining town site had more than 600 residents with 80 houses stretched over a mile along the shore.

The mine was built and developed largely by Americans. Major Alexander H. Sibley, president of the Silver Islet Mining Company from 1870 until his death in 1878, was the son of Detroit’s first mayor and the brother of the first governor of Minnesota. Major Sibley lived in Detroit and came to Silver Islet for the summer with his family and their servants, living in a three-storey mansion which became known as the “White House.”

Today’s newly-renovated Silver Islet General Store still carries staple groceries, works by local artisans, souvenirs and other items. Their popular Tea Room will again be offering light lunches and homemade baked goods like pies and delicious signature cinnamon buns (people travelled from all over just to buy them). A new addition is the take-out window for things like ice cream bars and cappuccino.

Visitors will find a spruced-up look at the iconic store. The original 22 single-pane hand-blown windows that protected the store for 150 years have been replaced with double-pane windows plus two windows have been added to the second floor. Besides the snazzy new windows, the Korkolas have installed a new metal roof with skylights and an off-grid solar power system. The large “STORE” sign over the entrance is getting a re-paint, keeping though its reddish-brown colour with white letters and trim, which were the original colours of the store back in 1871.

Back in 1999, the Saxberg family added to the first floor the President Sibley’s Billiard Room with the Brunswick pool table originally housed in the President’s mansion. Visitors will be pleased to know the famous 153-year-old pool table is out of storage and featured again on the first floor. Built in 1868, the Brunswick Balke Collender “Saratoga” model features 1.5-inch Vermont slate, golden oak body, ivory diamonds and rosewood rails.

A bonus for boaters and paddlers is that directly behind the General Store is the Silver Islet government dock for small craft. Closed in 2013, the dock has been rehabilitated, upgraded and re-opened to the public in 2020.

And something to put on next year’s calendar—the store’s 150th anniversary celebrations have been rescheduled from this year to the summer of 2022. 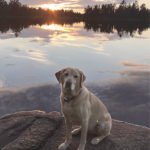 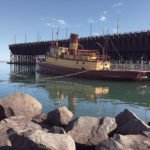