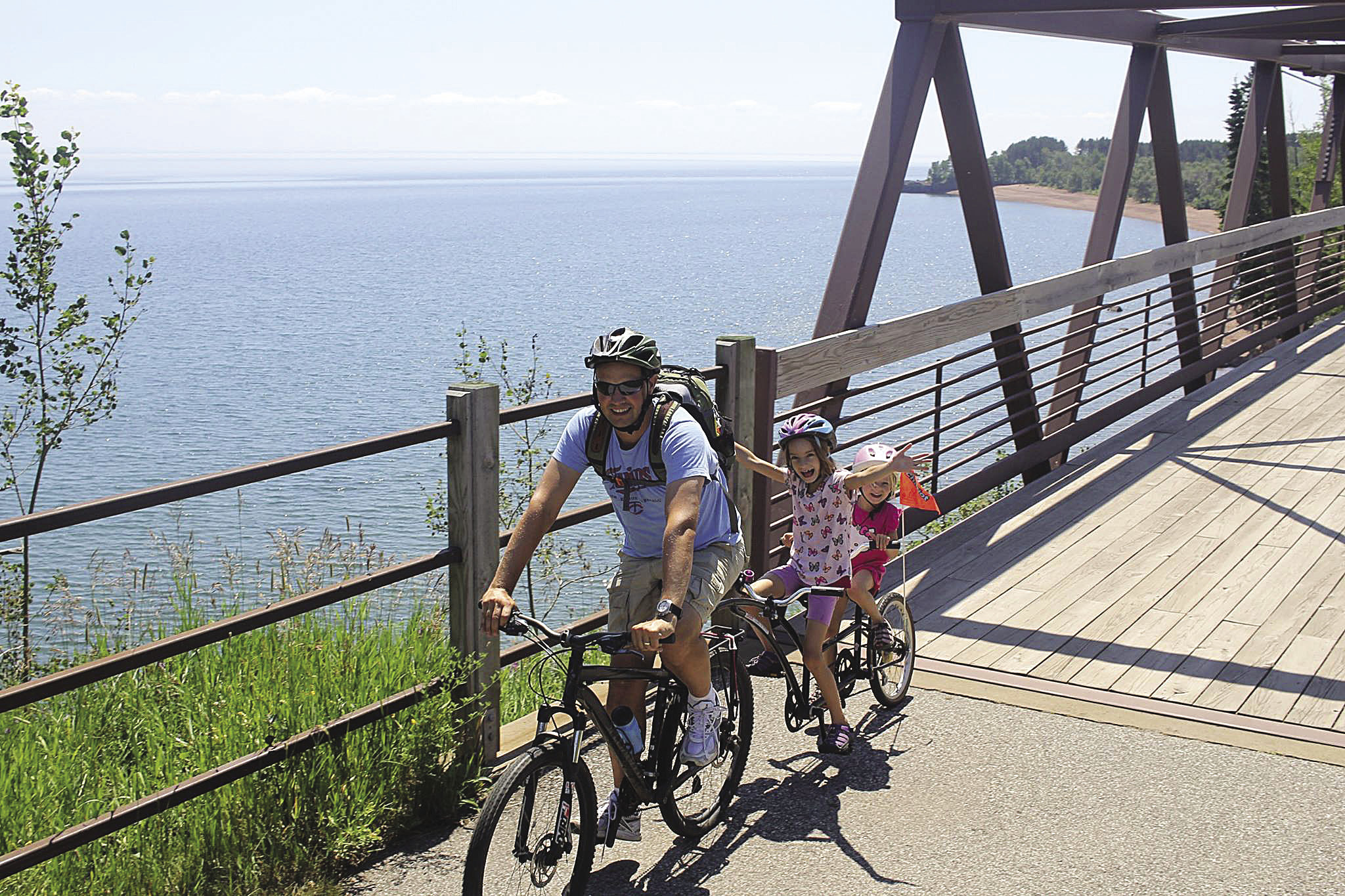 Several trail construction and repair projects are taking place during the 2017 construction season. Trail users are advised that the Minnesota Department of Transportation (MnDOT) is working on a repair project on the Beaver River Bridge in Beaver Bay. This project will result in a slight redesign of the bridge and will allow for a safe, separated bike lane on the inland side of the bridge. MnDOT will also connect the current trail terminus at the Beaver Bay Wayside Rest over the bridge and beyond to the intersection with West Road. Here, the Minnesota DNR will oversee a project beginning July 6 on a portion of this road. The road will be paved and trail will be accommodated on the west side of West Road, closing a gap in the Gitchi-Gami State Trail (GGST) between the Beaver Bay trailhead and a current trail segment terminus on the West Road. This project will result in a continuous segment of trail beginning near the lake in Gooseberry State Park and navigating through Split Rock Lighthouse State Park, through Beaver Bay and lead to Silver Bay. This will become the longest trail segment at 17.2 miles—thus celebrating 17 miles in 2017.

GGST projects were included in the state bonding bill signed by Governor Dayton on May 30. The DNR was awarded $3.1 million to construct trail in two Cook County locations. The first project will connect the current trail terminus in Grand Marais to the Cutface River Creek State Wayside. This important segment of trail will result in a five-mile trail segment. Additionally, this becomes an important step to an eventual connection to Cascade River State Park. Another project mentioned in the bonding bill addresses a one-mile gap in trail through Tofte. An 11+ mile trail segment from Schroeder to Ski Hill Road in Lutsen will result in connecting three communities, two state waysides and a state park.

The 17th annual GGTA North Shore Bike Ride will take place on Saturday, August 19 on the GGST and connecting roads. In addition to 28, 37, and 55-mile ride options, GGTA added a new family-friendly 8-mile ride. More information and registration is available at: ggta.org/ride.php. 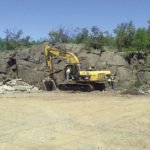 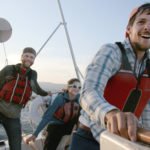 A skeptic’s guide to sailing the Minnesota North Shore