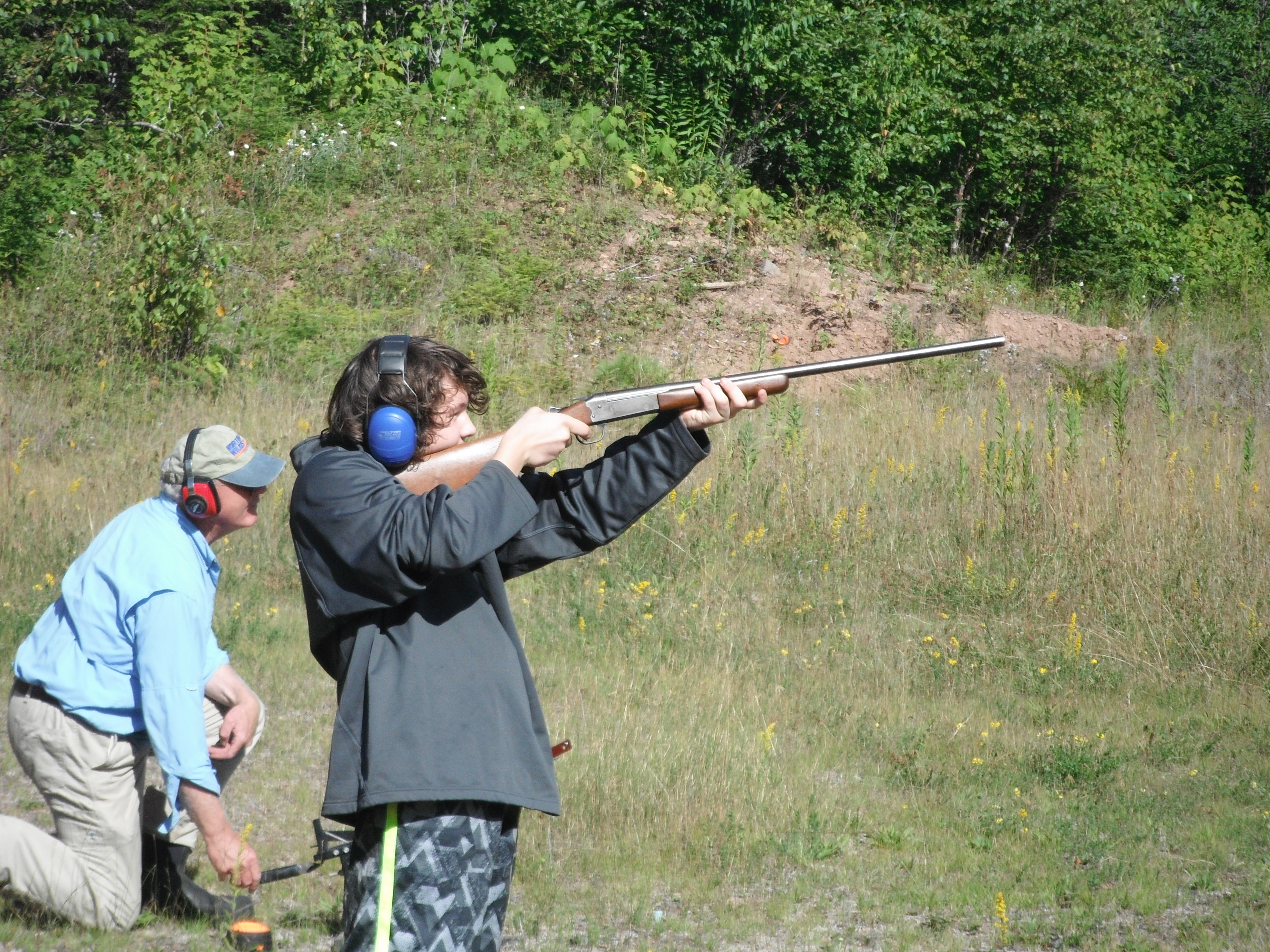 Eric Carlson, age 12, lives in Chicago. Recently, he enjoyed his first opportunity to shoot clay pigeons with the author in a northern Minnesota gravel pit.

Kent Carlson and his son Eric were going canoeing. Ellie, Eric’s mother, had stumbled upon a great deal from a Gunflint Trail outfitter somewhere on the Internet. She emailed me last winter for a local opinion (it was a good deal) and then booked the trip. A 12-year-old boy from Chicago was scheduled for his first trip into the Boundary Waters.

Kent emailed me shortly thereafter with an additional request. He wrote, “Erik asked if when we are up there if you could possibly teach him how to shoot a rifle or shotgun? I told him I would ask. Don’t tell Ellie.”

I’d gladly teach Eric how to shoot. But the “Don’t tell Ellie” part triggered my internal alarm bells. Inevitably, she’d find out about it. Then what? I wasn’t keen to incur Ellie’s wrath. Then again, it was better the kid learned about shooting from me than on the streets of Chicago.

“I would be more than happy to take Eric out shooting,” I replied. Knowing that going shooting with me was no substitute for formal safety training, I added a caveat. Eric had to first take Illinois’ hunter safety course.

Over the years I’ve introduced a handful of people to shooting, although most had some previous experience. I’ve learned it’s best to keep things basic for new shooters. In fact, I like to have them reload after every shot, because doing so builds familiarity with the gun. The more familiar you are with a firearm, the more confident you are when shooting it.

I have an old Stevens 20 gauge single-shot shotgun that’s about as basic as it gets. To load, you break gun open at the breech, slide a shotshell into the chamber and close it. To fire, you cock the hammer and then squeeze the trigger. For a kid, thumbing the hammer to cock it can be a challenge. That said, I began my grouse hunting career with the same gun at age 8.

My only choice for a .22 rifle was my Ruger 10/22 with open sights. The 10/22 is a semi-automatic, of course, which means if fires a round each time you squeeze the trigger. Although, to my mind, the opportunity to go bang, bang, bang is less than ideal for a new shooter, I liked knowing Eric’s first rifle experience would be with open sights. The ability to shoot well with open sights is skill worth acquiring.

Last week, Kent and Eric arrived in Grand Marais a day prior to their scheduled canoe trip. I took them to an abandoned gravel pit where local folks go shooting. I explained to them that such places to shoot are increasingly hard to find, even in northern Minnesota. Everyone who uses this place picks up after themselves and makes sure there is no trash.

The gravel pit sure beat Chicago’s shooting options. I learned Eric completed everything in his hunter safety course except the field day. Why? Because there were no shooting ranges to host the field day within the three-county area near his home. The nearest place the field day was offered was at a state wildlife area two counties away. They simply hadn’t found time to make the trek.

We started at the tailgate of my truck with a brief safety discussion, intended as much for Kent as for Eric. Then I showed Eric the workings of the 10/22: how to operate the safety, how the action worked and how to load and attach the rotary magazine. He listened carefully and was confident, not cocky, as he handled a firearm for the first time.

Compared with a shooting range, a gravel pit has some drawbacks. We had no shooting bench, nor range markers or standard targets. Instead we propped up our target on the clay bank everyone uses as a safe backstop. Then we backed off about 50 feet. Actually, Eric, holding the unloaded rifle, and I backed 50 feet. Kent, standing to the side, backed off about 48 feet.

“Behind the barrel, Dad,” I said. Kent stepped back.

Eric shot from a standing position. He squeezed off three shots. Then I had him stop, put the safety on and walk with me to check the target. He hadn’t hit the bullseye, but we could see the three shots on the paper. Then we went back and did it again.

I only brought about 25 rounds of .22 ammo; enough to let Eric take some shots and reload the magazine a couple of times. He tried shooting from a sitting position, but went back to standing. I secretly wished for a mat, so I could teach him the kneeling and prone positions, too.

Next up was the shotgun. I pulled out a clay pigeon thrower and a box of pigeons. Then I showed Eric how to use the 20 gauge. As I expected, he easily grasped how it worked. His first shot was at a clay pigeon I placed on a clay bank.

“Are you ready for a moving target?” I asked.

He watched as I launched a pigeon so he understood how they flew. I explained I would launch them when he said, “Pull.” We tried a few shots. Eric had a little trouble cocking the hammer, but I let him work it out. Like many beginners, he tried to aim at the pigeon and didn’t fire until it was far away and dropping. I suggested he try hitting the target when it was closer and still on the rise. He began hitting a few clay birds, including three in a row. It didn’t take long to shoot about 25 rounds, which left Eric with a taste of clay target shooting and hungry for more. After shooting, he and Kent picked up our spent shells, leaving the pit as clean as we found it.

We talked about the differences between Cook County, Minnesota, where over 90 percent of the land is public and open to hunting and shooting, and Cook County, Illinois, which contains Chicago. Eric has minimal opportunities to get out shooting and virtually no chance to try hunting. But Eric is better off than the many American children growing up in similar circumstances. Having spent a morning in a Cook County, Minnesota gravel pit, at least he knows what he is missing.

Would Congress give away the Boundary Waters? 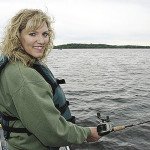