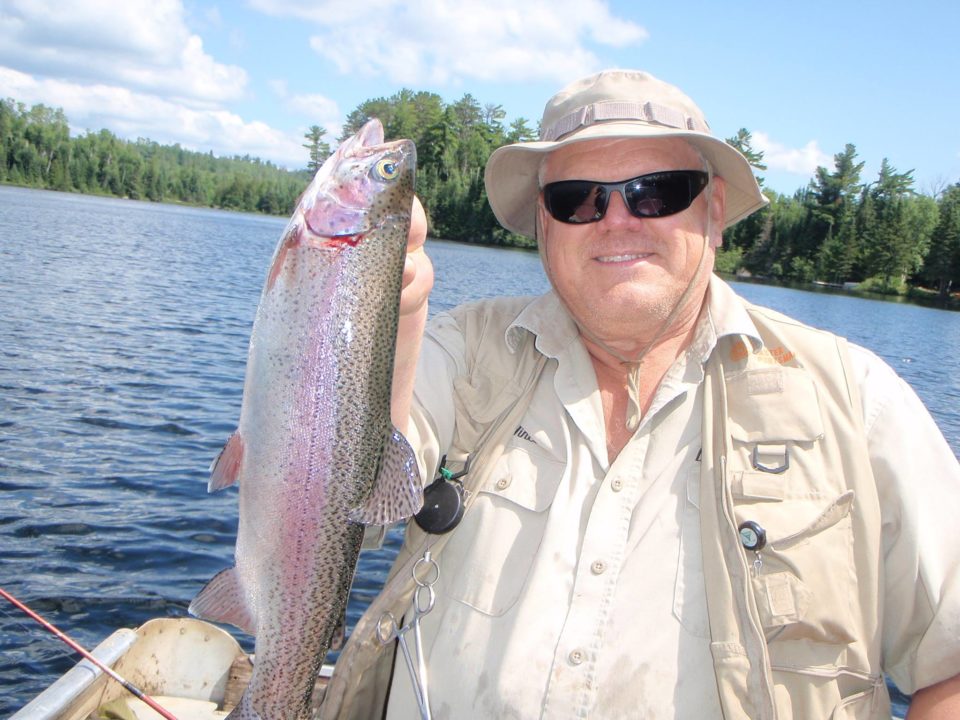 Vince Ekroot, whose family owned the former Windigo Lodge on the Trail, started guiding at age 12 and is now “62 going on 20.”

GUNFLINT TRAIL—For some folks in the Northern Wilds, going fishing is all in a day’s work. One of them is Gunflint Trail fishing guide Vince Ekroot, proprietor of Little Vince’s Guide Service.

Ekroot, whose family owned the former Windigo Lodge on the Trail, started guiding at age 12 and is now “62 going on 20.” Aside from a four-year stint in the Army and a year teaching high school in Superior, Wisc., he’s lived and fished on the North Shore. Although he used to do construction work in the off season for guiding, he now focuses on fishing. Most of his clients come during the open water months, but he takes out ice anglers as well. The extremities of winter weather make guiding for ice fishing a dicey proposition.

“No one wants to go fishing when it’s 30 below,” Ekroot said. “The fish bite better on nice days, anyway.”

On a typical summer day, Ekroot hits the water at 10 a.m., which allows him some morning prep time. He also finds that stream trout in lakes, his fishing specialty, seem to bite best at midday. He’s willing to stay out until dark, but not many clients choose to do so. While trout fishing is his favorite, he also takes customers for walleyes, smallmouth bass and even bluegills.

Generally, he prefers to fish smaller lakes in the mid-Trail area. Fish of the aforementioned species are abundant, but some, especially walleyes, are less likely to reach trophy sizes than in large lakes like Saganaga. That’s just fine with Ekroot, who tries to provide lots of action so his clients catch plenty of keepers.

“Most of my customers want to take home some fish,” he said.

Fishing pressure is so light on most mid-Trail lakes that he believes the majority of fish die of old age, rather than being caught by anglers. He said catching a limit usually isn’t a problem. He encourages his customers to throw back the biggest ones and keep mid-sized fish, which generally are the best-tasting.

Over the course of his career, Ekroot has seen some changes among visitors to the Gunflint Trail and how they choose to spend their outdoor time. When he was younger, fishing was the primary form of recreation. Today, far fewer visitors go fishing. That said, most of his spring and fall customers are dedicated anglers. During the summer, he often takes out young families, sometimes for their first fishing experience.

“If they pay attention, they’ll learn something,” he said.

However, he also notes that one of the changes he’s noticed over the years is that most of today’s kids have little patience, because they are used to living in a world of instant gratification. He’s also observed today’s adults are less willing to expend some extra effort to get off the beaten path and reach better fishing. Few of his day trip customers are willing to cross one or two portages to reach lakes within the BWCAW. They also prefer to fish from the comfort of a boat rather than a canoe.

Has the fishing changed during the course of his career? For Ekroot the biggest change has been the expansion of smallmouth bass in Gunflint area lakes, especially his beloved Birch Lake. Hungry bass have eliminated once abundant crayfish and minnow populations that allowed rainbow trout stocked there to grow to trophy sizes. He still catches trout in Birch, but they aren’t as big as they used to be.

While folks hire a guide to take them fishing, years of experience has taught Ekroot that his social skills are as important as his angling ability.

“I get a lot of people and they have different attitudes,” he said. “My job is to entertain them and make sure they have a good time. When we meet, I try to figure out what they want out of their day on the water.”

Apparently, he’s pretty good at meeting his customer’s expectations, because he stays busy and has lots of repeat business. This summer, has been different, he said, because he’s had plenty of business, but few advance bookings. Given the uncertainty of the times, folks seem less willing to plan ahead. He can be reached at: littlevinces.com. 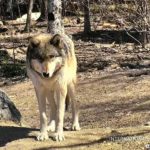