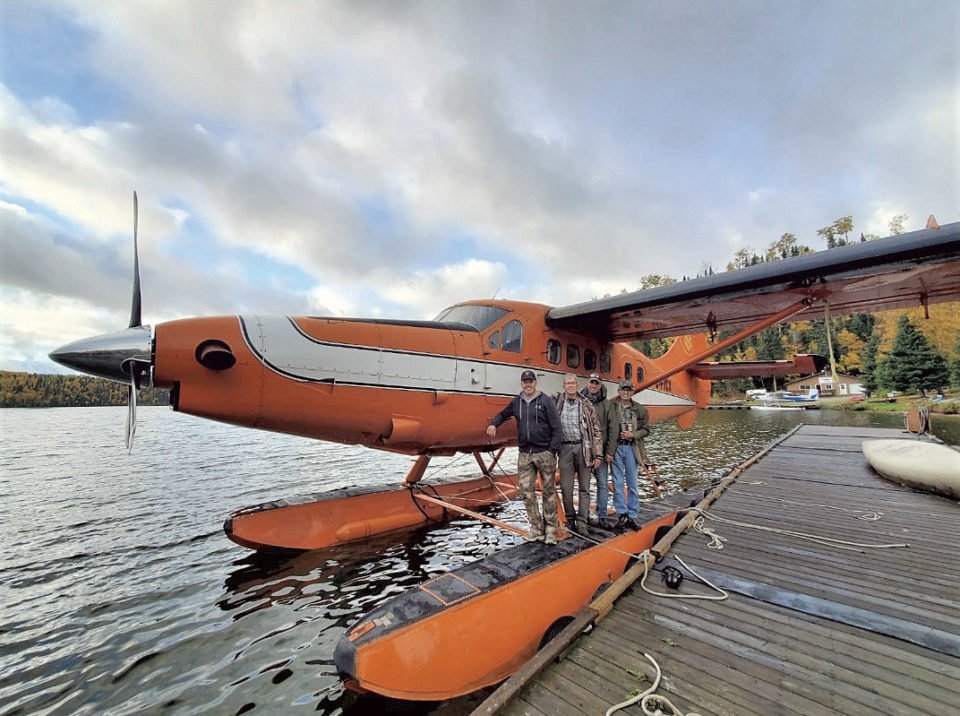 The Armstrong and Ellis crew ready to fly. | GORD ELLIS

In the fall of 2020, our annual moose hunt was looking like a question mark due to a lack of a tag. This happens in lottery systems. When you apply you are not guaranteed success. However, there was an option to consider, and that was a fly-in trip.

After some discussion and research, it was agreed to go with a fly-in moose hunt. Wilderness North, out of Thunder Bay, had some availability and we would be supplied a bull tag as well as a cow tag. Arrangements were made, and in late September we drove to the seaplane base near Armstrong to fly north to Musgrave Lake. The outpost camp there would be our home and hunting for the next seven days.

Our hunting party was small, but vital. It was made up of my friend Tom Armstrong and his Dad Ted, my Dad Gord Senior and myself. The four of us have been hunting moose together for several years, occasionally joined by my oldest son Devin and Ted’s wife Jean. But this fly-in was going to be just us four, and it required us to plan carefully for things like moose extraction. Tom and I would likely be the “grunts,” so we thought carefully about how we would handle any moose harvested back in the woods. There would be no easy moose scenario on this fly-in—no roads, no trucks and no ATVs. A quartered moose shot anywhere in the bush would be carried out on our backs. Knives, saws, packs and mesh meat hanging bags would be required along with enough food and clothing for a week in the bush. We had also decided to bring my canoe along as another way to quietly hunt moose on the water. This planning was all done with the understanding that everything would need to be flown in.

We arrived at base camp early in the morning, and the plane was loaded, and the canoe carefully strapped to the floats of the Turbo Otter. We were soon in the air and flying over the bush to our destination. Below us, we could see lakes, trees, rivers, cut over areas as well as the occasional small bush road. The further we flew, the less sign of man we saw. Soon we were banking into Musgrave, and the pilot carefully dropped us into the long skinny lake. To say we were jazzed was an understatement. The air was crisp, and the leaves were changing.

We unloaded the plane with the pilot and set up shop in our camp. It was comfortable and roomy, with many of the amenities of home, including satellite Wi-Fi. There was solar power and a small generator to run the lights and water, etc.  The view over the lakes was amazing and we had been told the walleye fishing was good (it was). There were several tin boats for exploring the lake as well as our canoe. Ted, a keen birder, was quickly working his binoculars in search of various birds while Gord Senior organized his hunting gear. Tom and I prepped the boats and made sure everything was gassed and ready to roll. After a quick lunch it was time to plan.

With the help of modern satellite mapping as well as some intel from hunters, we decided to split up. Gord Senior and Ted would explore the far west end of the lake while Tom and I would explore a portage to an adjoining lake that had looked very moosey from the air. Tom and I boated down Musgrave and found the trail into Kilbarry Lake. We pulled the boat up on shore and began scouting. The first thing we saw was wolf poop full of moose hair.  We scanned the trail for moose tracks and found a few. We broke out into the lake, and it looked like moose heaven. We called and listened but no response. There was potential there.

After a delicious camp supper and a drink, we sat down for a planning strategy. Tomorrow was the first full day and we wanted to make it count. Ted would hunt the east end of the lake by canoe, while Tom and Gord Senior would hunt the west end. I’d head back down to the back lake to see what was happening.

I boated solo down Musgrave, then walked the rock and moss trail into Kilbarry lake. After making some calls, I noticed something in the water well down the lake. The binoculars revealed a cow, and it was feeding on aquatic plants. It was at least 600 yards away and oblivious. There was a cow tag in my pocket, but it seemed unlikely I’d be able to get down the tree-lined shore fast enough for a shot. I began a stalk and within about 300 yards, the cow got out of the water. At 260 yards, I felt like there was a chance for a shot. I sat down, put the gun on the shooting stick, and looked through the scope. It was completely fogged up. By the time the scope was wiped, the cow had walked into the woods. Dejected, I headed back to my boat.

When I called on the radio to check in, Tom answered.

“We have a bull here,” he whispered.

After 20 minutes, there was a shot, then two more.

A while later, Gord Senior, Ted, Tom and I stood around the bull. Tom had called it out to within 100 yards. My father said he could hear the bull grunting the whole way, splashing down the lake. Tom took it as it walked along the shore, and it fell in the reeds.  As we stood around the fallen bull, two fathers and sons, we remembered hunters and family that had gone before.

In that moment, deep in the wilderness, we all felt the timeless power of the hunt and our family bond. 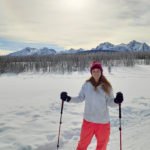 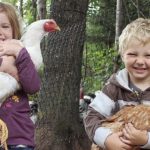