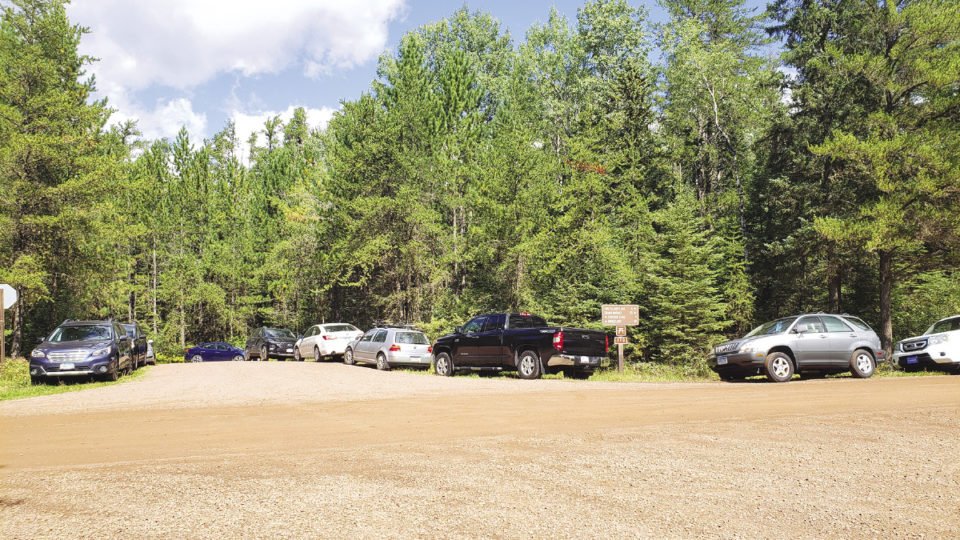 Overflowing parking lots have been a common sight at state parks and trailheads along the North Shore this summer as an onslaught of visitors pose new challenges for natural resource managers. | AMBER PRATT

It’s been a crazy year along the North Shore by any measure. The coronavirus pandemic has dominated our corner of the world (indeed, nearly all of the world) since March. First came the closure of nonessential businesses, a statewide stay-at-home order and a panic buy on toilet paper. The Canadian border closed to everything but commerce. Weeks later, businesses gradually, cautiously reopened while we all learned to wash our hands, stay six feet apart and wear masks. And through it all, the visitors just kept coming.

There was still snow on the ground when we began hearing the state parks were being overwhelmed by visitors on weekends. All park facilities were closed, but folks could still access the park grounds. Many did, often without bothering to stop at the self-service station to purchase a required state park pass. Local anglers observed that they had never seen the steelhead rivers as busy as they were this spring.

Like a snowball rolling downhill, visitor use of the North Shore’s natural resources continued growing as spring turned into summer. So did the abuse of those resources.

“It’s been a busy summer,” says state conservation officer Mary Manning. “Folks who would normally travel to distant destinations are choosing to explore the North Shore as an alternative. Some are not doing well when they get here. Either they don’t know what they are doing or they don’t care.”

Speaking of the latter, she said that someone intentionally left a huge mess in a public outhouse for a state worker to clean up. She was also approached at a local post office by someone who said they’ve been finding baby diapers everywhere, a phenomenon she’s also observed along with toilet paper and baby wipes. Dumping trash at boat landings and other public places has been common, too. Another problem has been folks camping at North Shore locations where camping isn’t allowed.

Retailer Jack Stone, owner of Stone Harbor Wilderness Supply in Grand Marais, observes there are “lots of rookies this year. People with no experience in the woods.”

While sales of outdoor products are strong, his staff tries to educate customers how to safely and responsibly use their purchases.

“Sales have been gangbusters,” Stone said, “but that’s part of the problem. People don’t know what they are buying.”

People are purchasing kayaks and paddle boards almost on impulse, without asking questions of the sales staff or trying them out. The rental business has been good, too, but there’s been an uptick of damaged equipment.

“They’ll bring back the canoe after you’re closed, so you don’t see the damage until the next day,” he said.

To help mitigate the public pooping problem, Stone Harbor has been giving away Biffy Bags, which are portable toilets that allow you to pack out your waste. They’ve also been recommending canoe camping how-to books by canoeing author Cliff Jacobson.

“We’re trying to educate people who have no experience,” he said.

The U.S. Forest Service, which manages the Superior National Forest and the Boundary Waters Canoe Area Wilderness, is trying to do the same. Kate Legner, acting public affairs officer, said the wilderness and the surrounding forest are seeing higher than usual visitation this year. While the increased interest in the outdoors is welcome, an increase in irresponsible recreational use is not. Normally, visitors to the BWCAW are required to watch an informational video when they pick up their wilderness permit. This year, permits are issued remotely, so visitors can choose not to watch it. Apparently, some are not, because the Forest Service has received so many reports of trash and damage to campsites that it set up a tip line for people to file reports. The email address is sm.ss.sus-tipline@usda.gov.

One canoer who witnessed damage firsthand is Anthony Huonder of Minneapolis, who made three BWCAW trips this summer. A professional potter, he says the cancellation of art fairs this summer allowed him to spend more time in the wilderness. Although he is a veteran paddler, his unexpected free time is an example of why there was a rise in outdoor recreation this year. Raised to respect nature, he was surprised to encounter people in the wilderness who did not.

“There were hatchet marks in trees near every campsite, even on old cedars and white pines,” he says. “Why?”

At some campsites, live trees were cut down and left lying on the ground or cut and stacked as firewood. At one campsite, trees were cut down in an apparent attempt to improve the view of the lake. While he stressed that he encountered plenty of people who were friendly and considerate, he was surprised by others who seemed, at the least, inconsiderate of others.

“There was a lot of loudness. People would be shouting just to hear themselves. At night you could hear barking dogs and loud radios. It was like a playground for rowdiness,” he says.

At the end of the line, Grand Portage State Park on the Canadian Border, park manager Travis Novitsky says summer visitor numbers were 50 to 60 percent higher than average, reaching upwards of 800 per day on some weekends. On weekdays, the parking lot for cars was full before noon. On weekends, the adjacent wayside for large trucks filled up as well. On some days, the parking lot would remain full until 8 p.m.

“Those are the days where we see more garbage through the park. For some reason, we’re finding masks everywhere,” he says. “People are making new trails. We’ve had to put up barricades to keep them on the trail.”

The park’s famed High Falls on the Pigeon River has become a well-known destination. Novitsky says this year it has attracted people from all over the country and from diverse cultural backgrounds. Some visitors arrived in passenger vans that contained large family groups. Over a dozen people might be in one van, with two or three vans travelling together. Often the families would picnic at the park and the sheer size of the groups stressed the park facilities and staff.

Most disappointing to Novitsky was vandalism at the nearby Mt. Josephine wayside, which is maintained by the park staff. Someone ripped the signs off the biffy doors and smashed them. More discouraging was the profane and obscene graffiti covering everything, including a large rock face.

Lake Superior offers a lot of elbow room, but noticeably more anglers were launching boats and going fishing. Area fisheries manager Cory Goldsworthy says Minnesota DNR creel clerks were reporting a lot more folks were out, but he won’t know just how many more until the data is complied later this year. The clerks also reported many anglers were misidentifying fish they caught, mistaking wild steelhead (which must be released to protect the population) for salmon, which are legal to keep. He suspects the creel data will also show an increase in the overall catch of all species. He doesn’t think a higher catch will harm the fishery, especially if it is just one year.

“We look at all mortality: natural, sea lamprey predation, angling and commercial fishing,” he says. “Our management strategy has a contingency plan in place so we can make adjustments to the harvest if need be.” 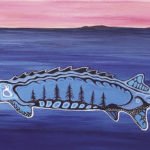 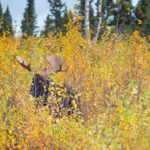 No ESA listing for moose

Killing wolves is the real issue