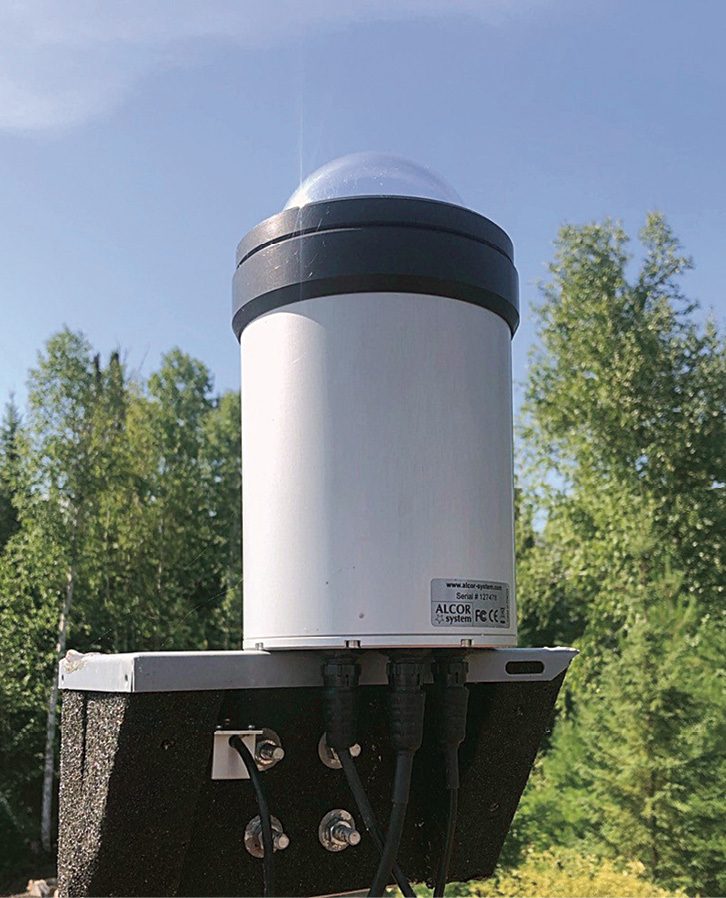 Chik-Wauk is now home to an AllSky Cam, which has the ability to provide a horizon-to-horizon view of the sky. |SUBMITTED

It can be said there is truly nothing more spectacular than viewing the vast night sky along the North Shore. The stars are crisp and clear, planets are often visible and a rare visit from the northern lights (aurora borealis) never fails to amaze those who experience the wonders of the night.

The skies of the North Shore are so unique, the International Dark Sky Association (IDSA) recognizes a portion of the Boundary Waters to be among 19 of the darkest sky sanctuaries in the world.

The Chik-Wauk Museum and Nature Center, operated by the Gunflint Trail Historical Society (GTHS), in partnership with the U.S. Forest Service, has front row seats to this nocturnal beauty. The museum was established nearly 15 years ago and GTHS president, David Coleman, describes it as “a world class little museum.” It is located at the heart of the BWCAW, a three-hour drive from Duluth. The site is now home to an AllSky Cam. The installation of the camera was a three-and-a-half-year project. It has been up and running for two years. A collaboration with University of Minnesota Duluth Marshall W. Alworth Planetarium and GTHS brought this complicated electronic project to completion.

“The partnership and dedication of planetariums executive director, Jessica Rodgers, continues to make the project even better each year,” says Coleman.

The camera has a fish eye lens, with the ability to provide a horizon-to-horizon view of the sky. The device takes a live picture every minute from 30 minutes before sunset to 30 minutes after sunrise. A video is then compiled into a minute and a half movie, which can be viewed online at: bit.ly/umdallskycamera. Images of the Milky Way and constellations can be seen in real time from the previous night. The camera is monitored by Coleman, who is a professor of chemistry and has a background in physics, optics and chemistry.

“Sometimes there is not much happening and other times the sky just goes crazy,” says Coleman.

He adds that the video gets views from all around the world on a nightly basis.

The Chik-Wauk Dark-Sky Committee is a newly formed group, now in the process of developing more telescope and educational opportunities to the public. Coleman and his co-chair, Emma Adams, lead a group of skilled individuals in the fields of astrology, night sky photography and constellation interpretations. The name Chik-Wauk is a derivation of an Anishinaabe word to mean a pine tree. Members of the Anishinaabe community are key contributors to the committee. More information on the committees work and a calendar of events offered at Chik-Wauk Museum and Nature Center can be found at: gunflinthistory.org. The museum and nature center are open the week before Memorial Day through October for the 2023 season.

The GTHS partners at the University Minnesota Duluth operates the Duluth Planetarium, built between 1965-1967 with a generous donation from Mr. Marshall William Alworth to resurrect the passion of Duluth resident John Darling, who loved to stargaze and share his findings with others. The first observation dome in Duluth was created by Darling in 1917. His original telescope used in the 1920s is on permanent display in the planetarium lobby. The facility has had many additions and upgrades in recent years, including a mobile GeoDome Theater system which provides a traveling program to reach more people, particularly local schools.

In addition to traditional presentations using the classic Star Machine, the museum is expanding exhibits to create a more interactive experience of astronomy with full dome movies. Each of the shows on site feature an interpretive constellation display. Plans are also underway to restore the campus observatory adjacent to the planetarium. This new facility will include a high-powered telescope housed under a retractable dome and will be open to the public. The full schedule of events, hours of operation and ticket information are available at: bit.ly/umdplanetarium, or call 218-726-7129. 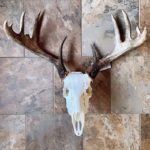 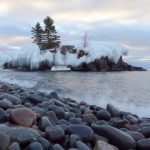